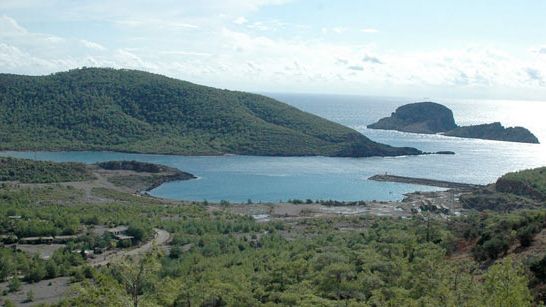 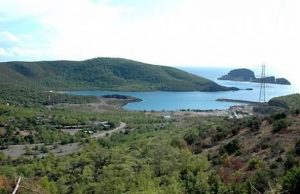 On April 3rd, Presidents Erdoğan and Putin via video from Ankara at the groundbreaking ceremony, pressed the button for the started construction of Turkey’s first nuclear power plant in Akkuyu, Mersin on the Mediterranean coast. The estimated $20 billion project, to be built, owned and operated by Russia’s state nuclear venture Atomstroyexport is planned to have 4 VVER-1200 reactors at 1.2 GWh power each, with the first unit to be connected to the grid, now, by 2023, the centennial of the Republic. However,  financing difficulties and uncertainties regarding the Turkish partners in the venture have pushed construction back over the years.

The Turkish Atomic Energy Agency (TAEK) approved the construction licence for the 1st unit of the project one day prior to the said groundbreaking ceremony. Previously, joint civil society initiatives had challenged the site’s Environmental Impact Assessment (EIA) report at court, and the court had overturned the initial report. The case against the second EIA report which was dropped by the court, is still at appeal at the Council of State.

The authorities did not allow protests. The Mersin Governor’s Office imposed a ban on assembly and protest, and police stopped both busses of protestors heading to the site and protestors trying to take public transport, but somekept walking in the direction of the site. Police also arrested six of the protestors who tried to set off for Akkuyu from a park in Istanbul’s Kadıköy neighbourhood. Groups including Istanbul and Mersin Anti-Nuclear Platforms had press releases against the groundbreaking and these were covered by Green Gazette. 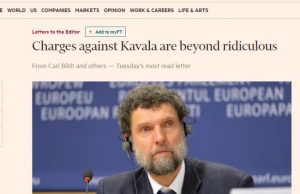 Osman Kavala, much appreciated civil society organiser and industrialist, revealed in a letter on his 155th day in prison  that communications restriction on him was now lifted. He has been in remand since November 2017 and is being charged with “Unconstitutional Action” and “Attempting to Dismantle the Republic of Turkey”. The prosecution’s case is classified. The letter to be found on the site calling for his release reads:

“I have completed the fifth month of my residence in Silivri. I’m healthy and I walk for almost twohours everyday in my courtyard. I don’t have any complaints regarding the food. I started wearing glasses through the recommendation of the prison doctor and this made it easier for me to read. Time goes by in between reading, taking notes, walking, doing the laundry and cleaning. They notified me last week that the restrictions on my case were abolished. Writing and receiving letters and being able to see the lawyers more frequently will make my life easier here.

The other important change in my situation is the sun starting to make an appearance in my courtyard. After its absence over the fall and winter, it is finally making an appearance over thewalls; this gives me a sense of relief. Even though we can’t see what it has brought and we can’t smell its scents, spring is also felt within the courtyards of the prison. Now we are looking forward to the sparrows building their nests and visiting our courtyards for subsistence.

On the other hand, there is no change in the bad weather conditions that is penetrating the jurisdiction. Of course I’m very happy about the recent releases, but there are still many people in prison who have nothing to do with either the coup d’etat or the violence. Without having any concrete evidence, they easily accuse people of committing serious crimes such as ‘being a member of a terrorist organization’, ‘changing the constitutional order’ and ‘overthrowing the government’. And once such an accusation is made, the custody keeps persisting. State of emergency turns extraordinary accusations and victimization into common phenomena. As long as the state of emergency’s shadow is not lifted from the constitution, it doesn’t seem likely for us to live the spring that is now felt in the courtyards…

“Our future in Thrace is cities under siege of coal power plants:”

Green Gazette had a good series of interviews with local anti coal-power activists in Thrace, published on the 12th of April. The activists Murat Sevgi and Gamze Varol highlighted heavy industry’s role in building new power plants for their own needs. Sevgi shed light on the energy production zones established along the E5 highway in the 2005 regional plan and pointed to how every industrial zone is also to have energy production, all from fossils. He pointed to how expanding cities and coal power plants are now encapsulating each other. There is a need for radical re-planning. Dr. Varol, agreeing on the unplanned nature of growth highlighted the higher than WHO limits of sulphur dioxide and particulate pollution and emphasised that aside from EIAs, Health Impact Assessment reports are also direly needed.

The semi-annual Guide to Understanding Turkey by IPSOS public opinion research firm found out that there is increasing longing for nature and for the past among Turkey’s population. The 15 thousand person poll, demographically and geographically distributed to represent the country, found out that three quarters of the population is experiencing nostalgia, thinking people were both happier and virtuous, ethical and polite in the past. Both questions saw several percents of increase in positive respondents since the last poll. Meanwhile, the percent of people concerned for the increasing pollution of air and water where they live continued its upward trend to see 82 percent. 72 percent of the population, however, spend spare time in shopping malls.

Some 68 percent of those surveyed said they perceived the outside world as “cruel” and “unpredictable,” so they feel the need to protect themselves and “prefer to stay behind the walls of their homes.” Religiousity, with 79 percent continued as one of the strongest personal characteristics. 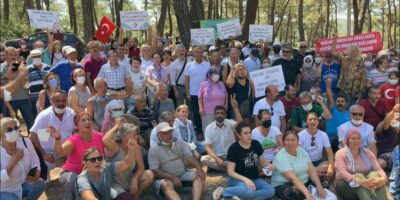 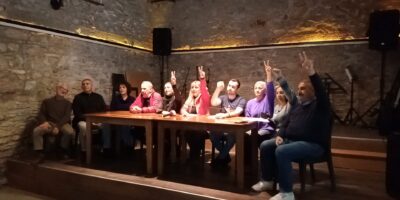 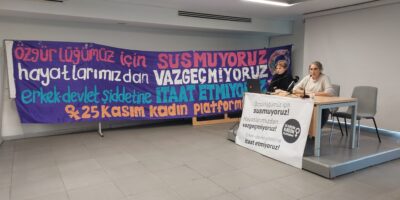 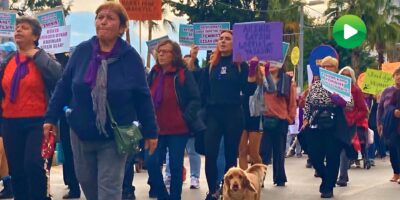