As the repeat elections to be held this Sunday for Istanbul’s mayor approaches, we at the Green Gazette thought you may be interested to hear what has been happening in the country, especially regarding our green agenda. Here is a selection of news stories published in Yeşil Gazete in the past week. We hope you find it useful, and if you find it interesting, we will also prepare a post election news digest next week.

The last polls before the upcoming repeat Istanbul mayoral election show the opposition candidate Ekrem İmamoğlu ahead of the AKP candidate Binali Yıldırım by 9 percent. The reputable Konda public opinion research agency states that it finds 49 percent for İmamoğlu to 40.9 percent for Yıldırım. When undecided are included, the ratio comes to 54% to 45%, with a ±1.8% margin of error. 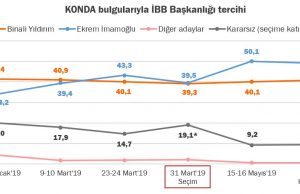 On Sunday night, the two candidates met in a TV debate, a first in Turkey in the 17 years since AKP came to power. While the audience generally said it was a weak debate, not capable of changing anybody’s mind, the consensus is that the AKP had to agree to have the debate because it was lagging so far behind.

On Tuesday, answering questions on an interview with a popular radio station, President Erdoğan stated that a lawsuit the Governor of Ordu will bring against İmamoğlu for insulting him, depending on the judicial outcome, “may cut [İmamoğlu] off from going ahead.”

Here are some items from İmamoğlu’s election program:

7 people died and 4 others are missing after a pipeline ruptured at a small hydro-power plant in Araklı, Trabzon on Wednesday, 19thof June. The resulting flood worsened the effects of the already continuing floods in the area and collapsed 4 buildings. The governor of Trabzon said search and rescue efforts are continuing.

Bekir Pakdemirli, Minister for Agriculture and Forestry briefed the press on the issue, refuting it was a hydro-plant accident. He stated that rains have been continuing since the 13thand both the state waterworks and the disaster relief agency are at work, he said: “we, as the meteorology department, issued a warning regarding flood and mudslides at noon, but ultimately this is an act of God. You can’t know what is going to happen and where.”

While the Minister of Finance assured that material losses will be compensated by the state, the Minister of the Interior also was on his way to the area. There has been no official word on industrial responsibility or on climate change as a factor exacerbating extreme weather.

The organizing committee for the 27th Istanbul LGBTQI+ Pride Week declared that upon their half-hour meeting with vice-governor M.A. Özyiğit, they were denied permission for the Pride March scheduled for the 30th of June, the reason given being that no demonstrations are allowed in Taksim. They further added that the vice-governor stated that the governor’s office was “not keen on” a march anywhere in Istanbul, as they are a “group with societal reservations”. The Pride Week between the 24th and 30th of June this year will be themed ‘Darling, What Is This Economy?’ The Istanbul LGBTQI+ Pride March has been disallowed and dispersed by police since 2015. The governorships of Izmir and Antalya have also refused to allow pride marches in these cities this year, citing a litany of reasons among which are “the disruption of national security, public order, public health and public morality.” The ban on the whole week’s activities in Izmir was lifted upon an appeal for a stay of execution. 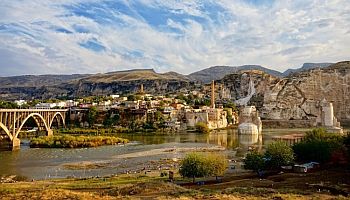 After a global uproar, the holding of water in the Ilısu Dam reservoir was postponed on the 10thof June. The dam on the River Tigris, if taken into operation, will flood Hasankeyf, one of the oldest continuously inhabited settlements in the world, with a history going back as much as 12 thousand years. The Initiative to Let Hasankeyf Live started a new petition, hoping to make the stated short delay permanent. The petition can be found and signed at this link. 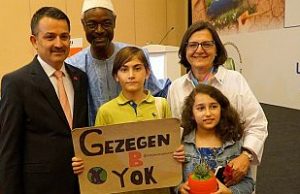 attending minister and another. The Minister of Agriculture and Forestry Bekir Pakdemirli promised the school strikers Rüya Aygüneş and Atlas Sarrafoğlu that Turkey will ratify the Paris Agreement “when it is time for it”. The country is one of only a dozen who have not ratified it, out of the nearly two hundred signatories. When 9 ½ year old Rüya told that she was vexed with the Minister of Education Ziya Selçuk, the attending minister called him and he promised the strikers that climate change will be included in school syllabi. 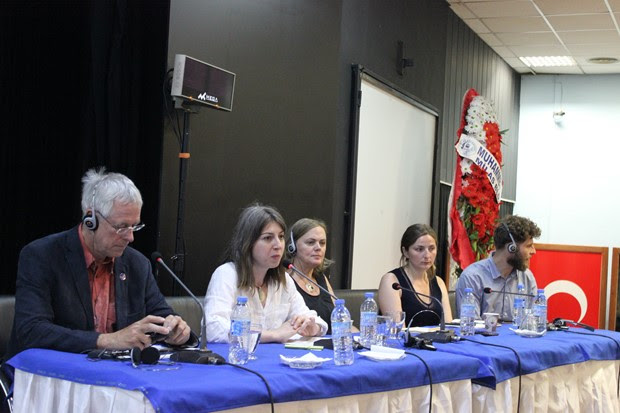 The 4th Renewable Energy Cooperatives Conference was held in Milas, near Bodrum on the 15th of June, by the 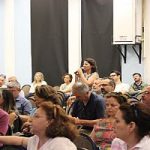 Troya Environment Society with contributions by the Green Thought Association and by Heinrich Böll Stiftung Turkey. This year, the focus was on local governments and renewable energy cooperatives. Speakers attended from cooperatives and municipalities from all over Turkey as well as Greece, Croatia, Germany, and Denmark. Critically, the recent changes made in cooperatives legislation and how to challenge these were discussed. The change, decreed in May, would effectively prevent new energy cooperatives being founded and the present ones from going into production by bringing conditions such as production and consumption having to be on the same site.

As with elsewhere in the world, the television series Chernobyl made a huge mark on Turkish audiences. Ümit Şahin of the Greens of Turkey was a guest on the popular online platform T24, where he spoke on the verisimilitude of the plot. Regarding the debate among left circles claiming that the series is black propaganda against the Soviet system, Şahin said “Didn’t the KGB try to cover-up its scope? The show is critical of government through lies; this includes the likes of Trump. The nuclear industry is founded upon lies.”

Regarding the Akkuyu nuclear power plant being built by Russia, Şahin said the project still continues because of the S-400 and Syria issues.” When asked about arguments that nuclear power can be a climate solution, he said this is like telling someone ‘choose your own death’.

The Statistics Institute of Turkey declared the March unemployment numbers as having risen by 1.3 million to 4.5 million people and 14.1%. The aggregated non-agricultural rate comes to 16.1%. The number of people employed was on the decrease and the weight of the informal economy in Turkey increased by 1.5% to 33.9%. At the same time, the agency declared that the agricultural producer price index had risen by 30.2% from May 2018 to May 2019.

Prosecutors filed a case against Kerim Karakaya and Fercan Yalınkılıç, both of whom are journalists from Bloomberg TV, and 50 people comprising of economists who commented on it and people in the arts who shared it on social media. The charge was that the news story “The Economic Crisis and Foreign Currency” was “aimed at weakening the stability of the Economy of Turkey”. The charges were brought upon complaint by the Banking Regulation and Supervision Agency. 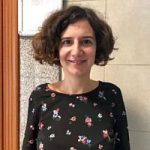 In one of the Academics for Peace cases, where over 620 academics so far are being tried on charges of propaganda of terrorism for signing a strongly worded peace petition in 2015, Dr. Noemi Levy, formerly of Boğaziçi University, was convicted to 30 months in prison. For the acquittal decision by a higher court on a similar case presented by her lawyer as precedent, the judge said “that decision is that court’s own disgrace.” The court also dismissed the demand that it wait for the result of an appeal by another Academic for Peace at the Constitutional Court before passing verdict. Levy will appeal.

Selahattin Demirtaş, former co-president of the Peoples’ Democracy Party (HDP) was denied bail in the case where he is being

tried with up to 142 years in prison on terrorist propaganda, leadership of a terrorist organization, promoting hatred and animosity among the people, praising criminal activity and criminals, and disobeying the law on public assembly and demonstrations. He said, just last week, the AKP candidate for Istanbul mayor Binali Yıldırım used in Diyarbakır the term Kurdistan – the phrase that I am being tried for using seven years ago. He also defended his use of the term guerilla, saying this does not amount to defending terrorist acts. Pointing to the recent death of M. Mursi in Egypt, he said both what he lived through and what I am living through are shameful; adding he was sure that the putsch plotters and judges who prosecuted Mursi also thought they were doing great service to the people of Egypt. One of the three on the panel of judges opposed his not being released on bail, citing ECHR precedent. Demirtaş’ next trial session is on on July 16 and 17. 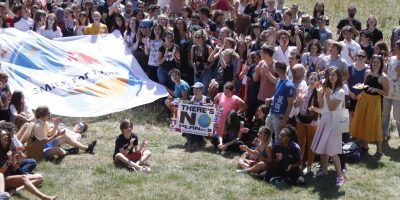 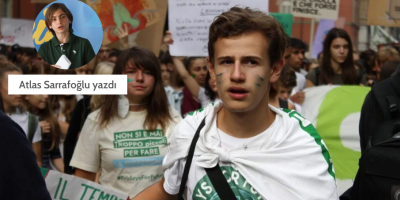