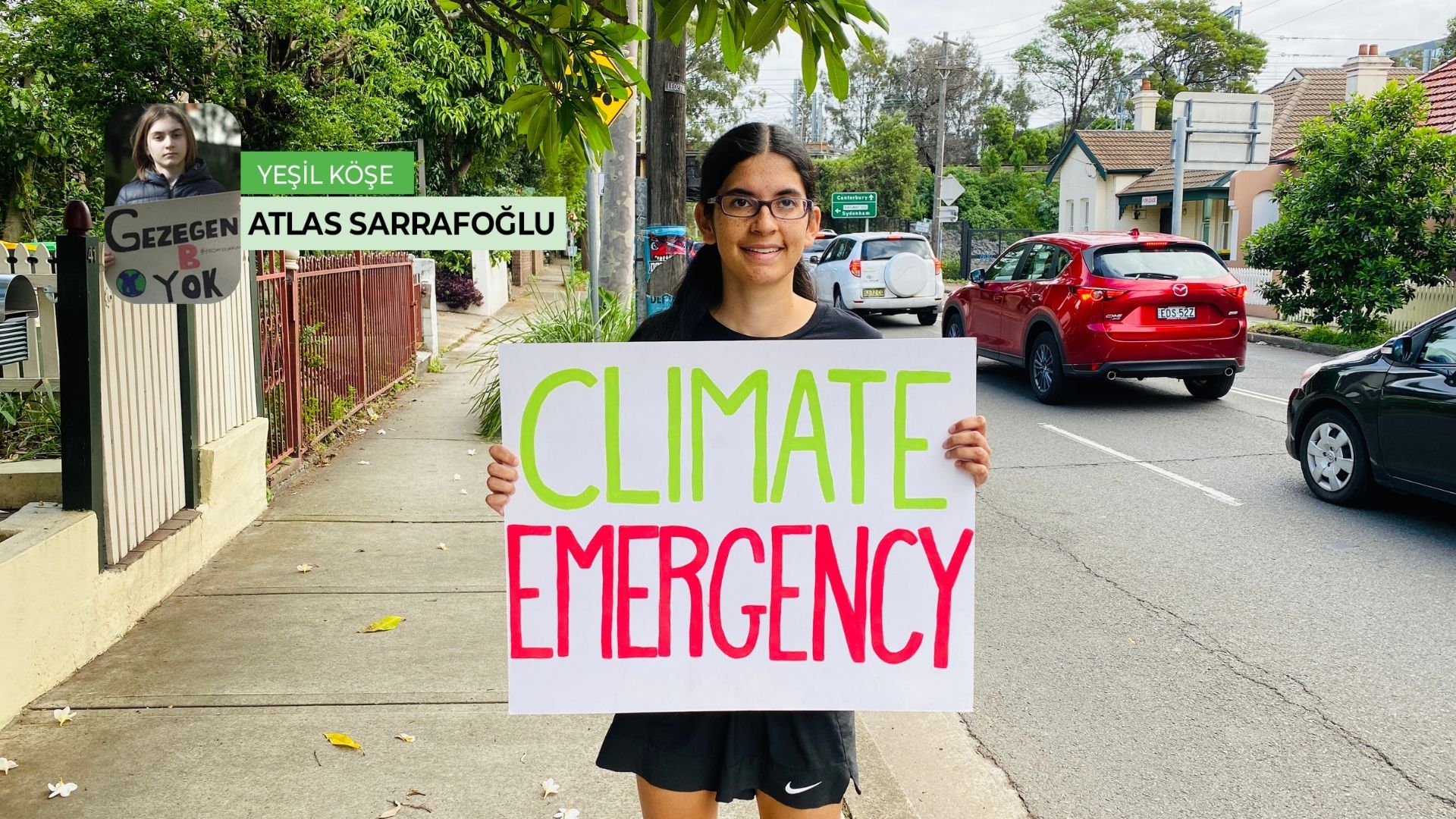 Patsy Islam-Parsons is 19 years old climate activist from Sydney, Australia. She is a part of Fridays For Future Australia and Polluters Out.

She started her local group FFF Sydney last year. She is currently studying French and German at the University of Sydney.

Atlas: How did you become a climate activist and why do you continue your climate strikes?

Patsy: I didn’t exactly have one moment that alone sparked me to become a climate activist, it was more of a gradual realisation and understanding of the importance of the climate crisis and that nothing is being done to address it. I guess that I got involved in climate activism properly after I attended a climate strike in March 2019.

The energy of everyone at the strike gave me a lot of motivation to join Fridays For Future and to do everything that I can to make a difference. I started striking every Friday because I can see that our politicians and other world leaders are not taking the climate crisis at all seriously. They are not living up to their moral duties and so someone has to put pressure on them to do so and apparently that is us, the youth climate activists.

We are rapidly running out of time to stay within 1.5 degrees C of global average temperature rise and honestly that makes me terrified. I cannot sit back and pretend that this isn’t happening. I have to be able to look myself and my grandchildren in the eye when I am older and know that I at least did everything that I could to achieve change. At the beginning I was alone every Friday, but now sometimes other people join me as well. 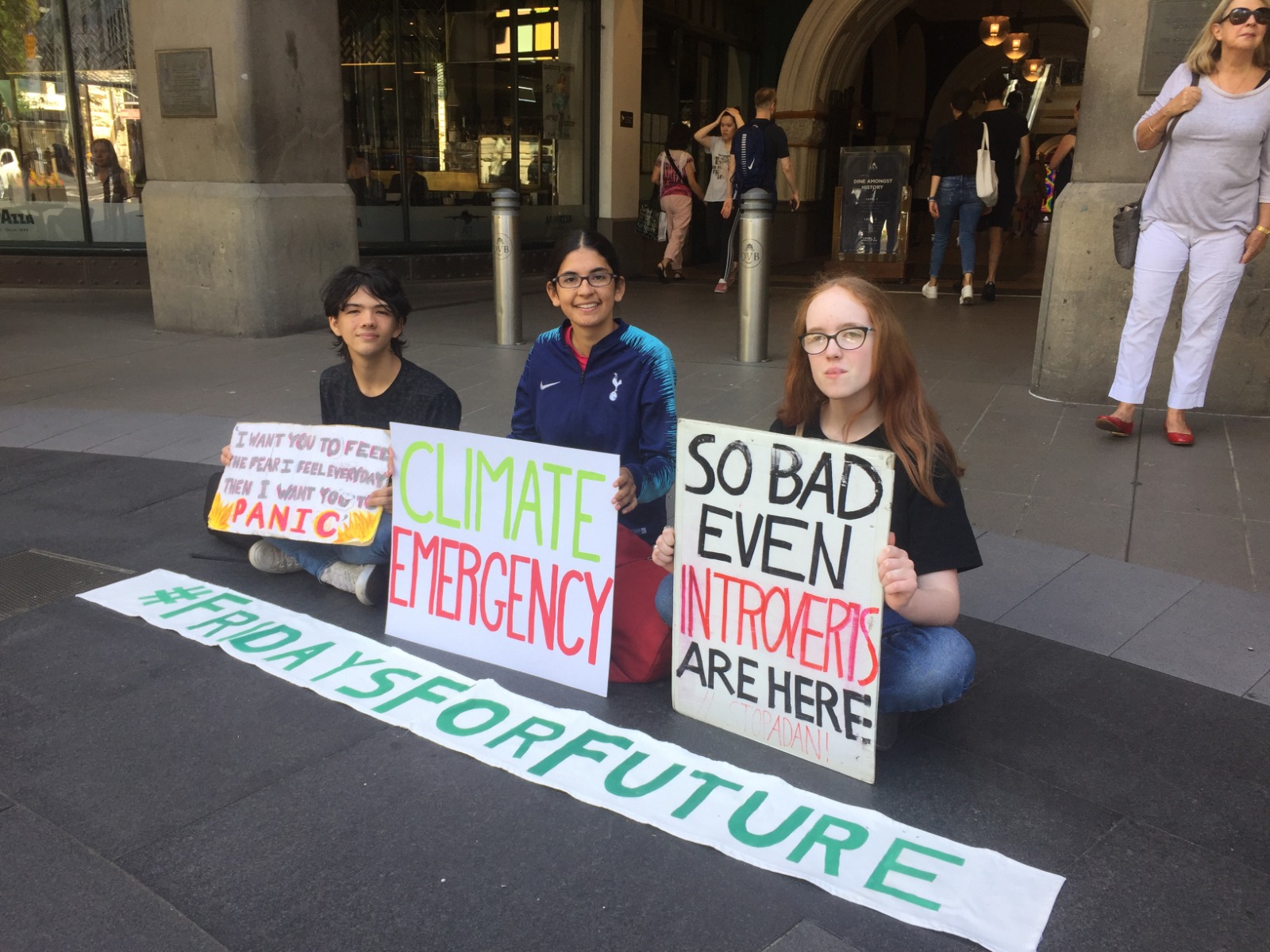 You have been striking everyday with your sign “SAVE CONGO RAINFOREST”. Can yoıu inform us about the climate crisis happening in Congo Rainforest please and what we can do to stop this?

The Congo Rainforest is the largest rainforest in Africa and the second largest in the entire world. And yet hardly any attention is given to it, perhaps because the entire continent of Africa is so frequently ignored. The Congo Rainforest plays an enormously crucial role in regulating weather patterns across Africa, it is a critical carbon sink and it is estimated that approximately 80 million people rely on it directly for their survival.

As a result, it is imperative that the rainforest be protected, both for those who live in the Congo Basin and for every single person who lives on this planet. Protecting the rainforest is of course extremely difficult because a lot of foreign corporations that are difficult to trace are responsible for its destruction.

Right now, we are working on amplifying the voices of activists from the Congo Basin itself and other countries in Africa because they aren’t given nearly enough attention and their voices are overlooked.

‘There isn’t one simple solution’

What kind of challenges do you face about your activism?

One of the main challenges of climate activism is that the task is simply so enormous. It is very difficult for one or even a few people (especially young people like us) to have a genuine impact on decisions made in boardrooms and parliament buildings. As a result, it takes a lot of coordination between huge amounts of people to create enough noise to achieve change.

Creating a movement that can take on the most powerful people and industries in the world isn’t easy. The issue itself is also so multi-faceted. There isn’t one simple solution. Addressing the climate crisis and limiting global temperature rise to 1.5 degrees will take changes in all aspects of society. It can be overwhelming. And of course, the fact that politicians and world leaders don’t seem to take us or the climate crisis seriously means that progress is very difficult. All we seem to get is empty promises not real action, which is enormously frustrating.

‘You could taste fire’

What specific climate crisis is the most important issue in your country?

In Australia bushfires as a result of increased temperatures and seemingly never-ending droughts is probably the largest issue we are facing. In 2019-20 we experienced the worst bushfire season on record. Billions of animals died, hundreds of houses and buildings were destroyed and tens of people lost their lives.

Where I live in Sydney the air was so thick with smoke every single day that you could literally taste it. It made the sky orange and it was physically hard to breathe. It was such a harrowing experience for the entire country and this was at just roughly 1.2 degrees C of global average temperature rise. What will our summers look like at 1.5, 2 or even 3 degrees of warming? It is terrifying to imagine what could happen.

That is just one issue though. Others include the bleaching of the Great Barrier Reef and the destruction of Aboriginal land across the country. 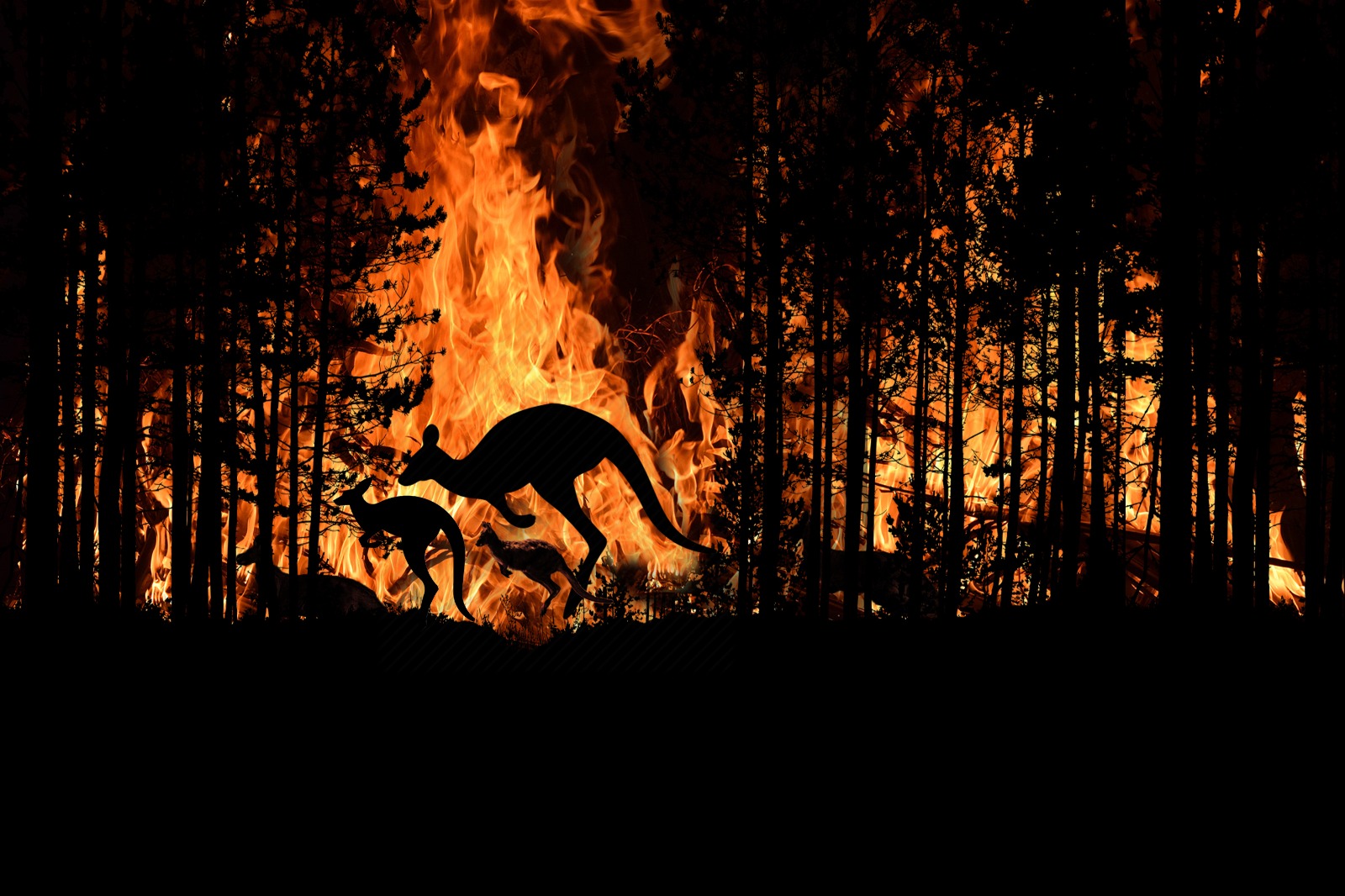 How would you describe the climate consciousness in your country – amongst politicians and public at large?

The climate consciousness in Australia is extremely low in my experience both among politicians and the general public. Our government absolutely refuses to take any action on the climate crisis even though we are clearly on the frontlines and our situation will only continue to get worse. They continue to support the building of massive coal mines like the Adani coal mine in Queensland and are currently promoting a ‘gas-led covid-19 recovery’. It is simply insane.

Our Prime Minister is famous for bringing a lump of coal into parliament and saying “this is coal, don’t be afraid”. We are also the world’s largest exporters of coal, meaning that our carbon footprint as a country and overall contribution to the climate crisis is enormous. Our politicians repeatedly say that we have no responsibility to take action on the climate crisis and that the bushfires and the climate crisis aren’t at all connected, which is blatantly false. 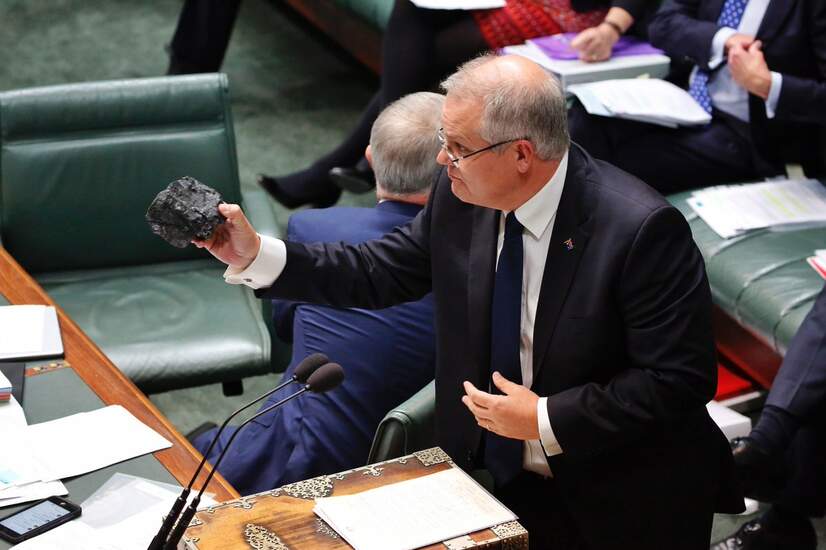 ‘Media continued climate denialism even during the bushfires’

The awareness among the general public is also very low. I think that a lot of this has to do with the Murdoch media, which continually prints climate denialism, even during the bushfires when our country was going up in flames. In fact, a recent report found that Australia has the third highest percentage of climate deniers in the world after the US and Sweden.

Every Friday during my climate strikes I receive a lot of negative comments from passers-by who don’t believe in the science. It is hugely frustrating that people who are being impacted by the climate crisis right now won’t listen to the science.

‘How they sleep at night?’

If I had a platform to speak to world leaders, I would ask them how they plan to explain to their grandchildren that they simply decided to not take action on the climate crisis when there was still time. They have a moral responsibility to act and they are choosing not to. They are giving up even though they haven’t truly tried.

Do your family, school or friends support your activism?

I am lucky in that my close family do support my climate activism. Most of my friends who aren’t climate activists themselves do not really understand what I do. They seem to think that I am just passionate about the environment and that it is my hobby.

They don’t truly understand the climate crisis or the situation that we are in. But I suppose that as a climate activist it is my responsibility to help inform them and to motivate them to engage in climate activism as well. 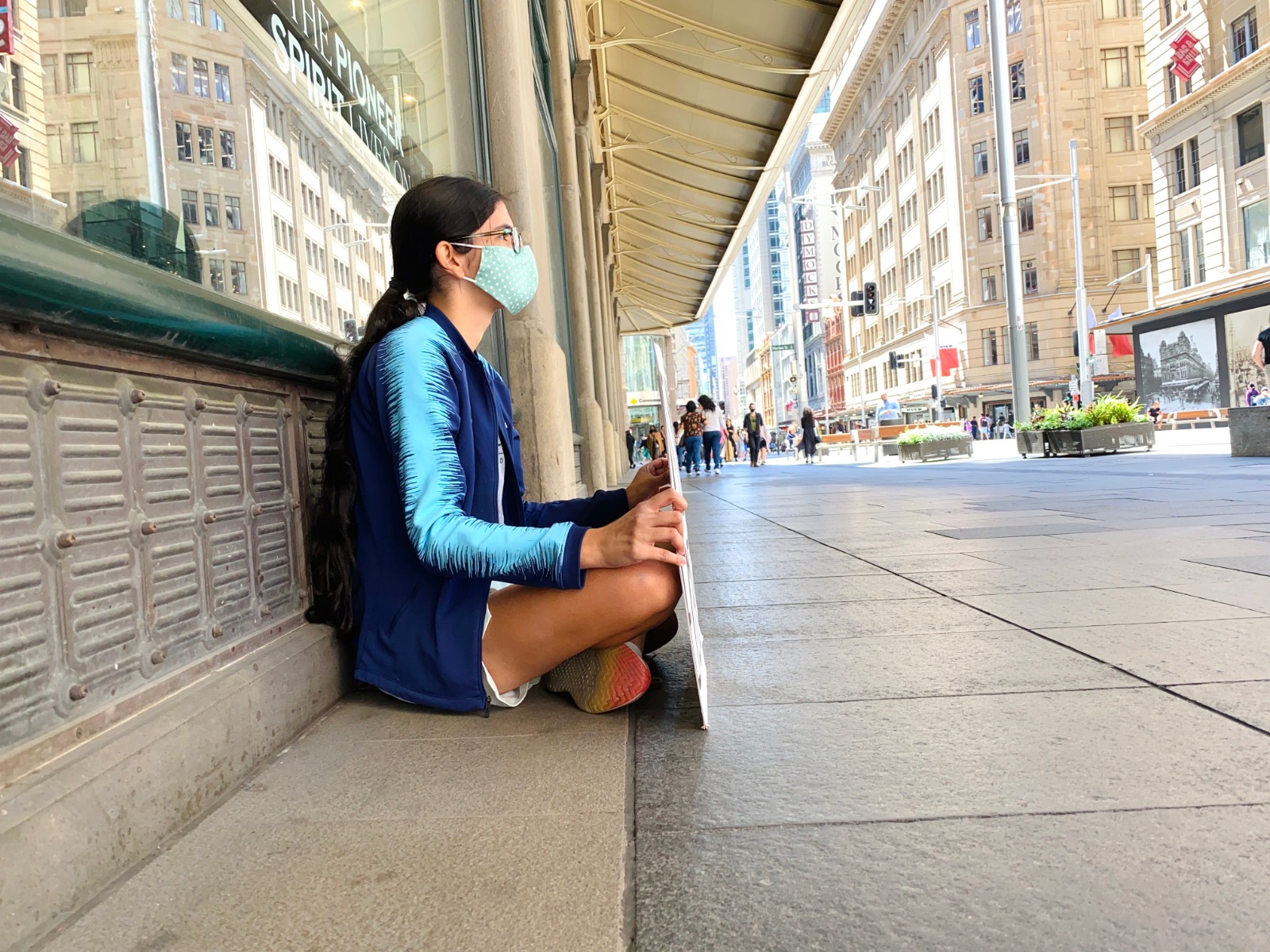 ‘It scares me to think about future’

I find it difficult to imagine the world in 2030 because I have no idea what decisions world leaders will make over the coming decade. Of course, I hope that they suddenly wake up to the crisis that we are in and take drastic action to limit global average temperature rise to 1.5 degrees C. At that amount of warming we will still feel the horrific impacts of the climate crisis.

In Australia we will continue to have worsening bushfire seasons, the Great Barrier Reef will be further damaged by coral bleaching, and droughts will get longer and more severe. But if we don’t take urgent action, then the situation in 2030 will be far more dire.

Honestly, it scares me to think about what the world will look like in 2030 because politicians and world leaders are not showing many signs that they will wake up soon. They are not showing many signs that they are prepared to take on possibly the largest crisis humanity has ever faced. All they are doing is giving us empty promises and setting targets for distant dates without any intention of actually meeting them.

What would you like to see as a change, in other words what do you think would be the best plan to reverse the climate crisis?

To address the climate crisis properly, changes need to take place in all aspects of society. We cannot continue to emit greenhouse gases and live as though there is no tomorrow. A great first step would be halting all new fossil fuel projects and rapidly transitioning our energy sources to renewables.

Financially fortunate countries such as Australia need to become leaders if the entire world is to stay within our carbon budget for 1.5 degrees C. Climate justice, equity and international collaboration is essential. Global crises require global solutions We cannot leave any stone unturned, everything in our society must be re-examined.