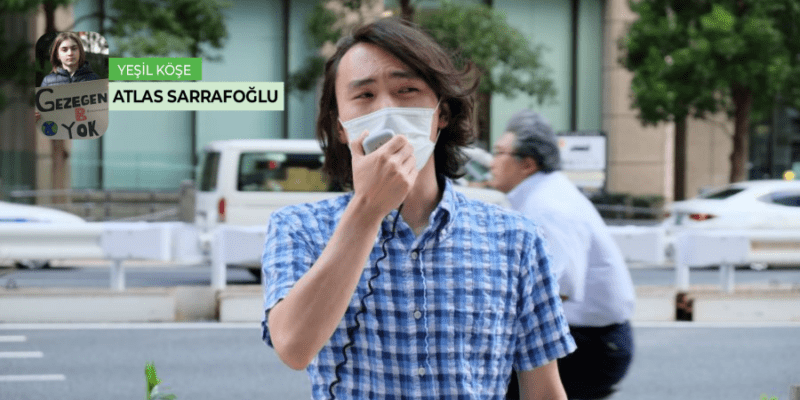 Learning about the devastating impacts of development projects by Japanese corporations across the Global South, especially in Asia, he joined Fridays For Future Japan to change the system driven by profit that takes human lives and destroys the planet. He launched the Climate Justice Project along with other organizers of FFF Japan to form a movement that stands with workers, those marginalized, and the Global South to win climate justice in Asia and beyond.

During the course of the preparation of this interview Japan announced they will not fund the 2nd phase of Matarbari Power Plant in Bangladesh.

Talked to Kentaro about his story of being a climate activist and his work on climate justice.

Atlas Sarrafoğlu: Can you please tell us how you decided to become an activist?

Kentaro Yamamoto: It was spring of 2021 that I decided to join the Fridays For Future movement. At the time, I was studying about various social issues with activists here in Tokyo. What led me to climate activism is the problem of colonialism and imperialism.

I joined FFF after learning about the devastating impacts of development projects Japanese corporations and the Japanese government have been carrying out in other Asian countries often in the name of international cooperation. As I began reading more and more books and watching documentaries about the topic, I encountered many similar stories of the destruction of the livelihoods of the local people and the environment across Asia: development projects sinking villages under water for mega-dam construction; cutting down tropical rainforests for cheap lumber used here; building Export Processing Zones that pollute air and water and put workers at risk; bulldozing fishing communities for building ports to export “cheap” goods; and you name it.

Those projects only enriched Japanese corporations and the dominant class in those countries. The Japanese economy would not have grown that rapidly without exploiting and expropriating the others in Asia, which many here, including the ordinary people, have been long benefitting from. 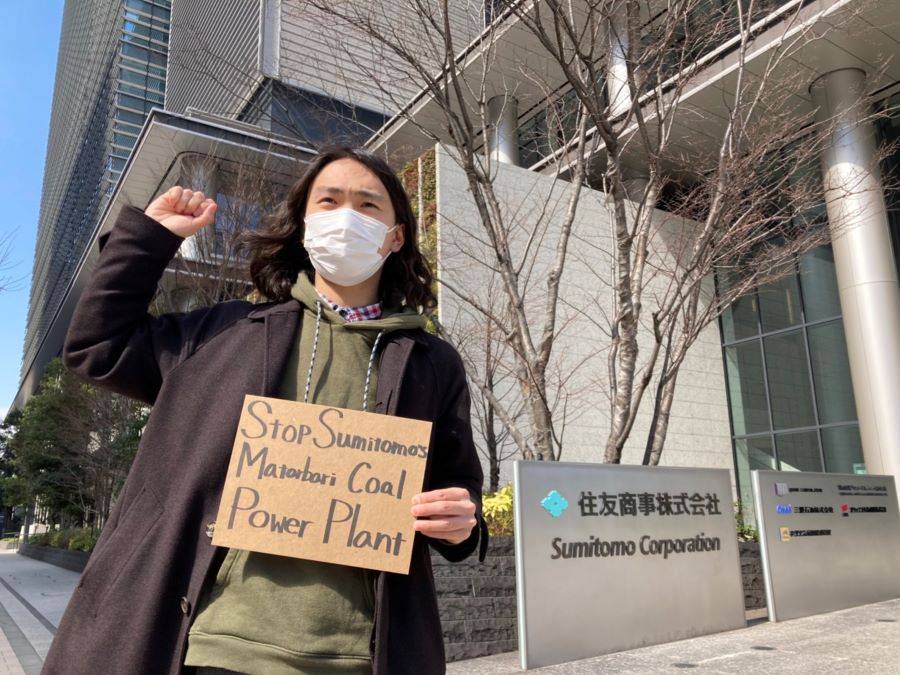 As a result, although least responsible, the ordinary people of the so-called developing countries across Asia are bearing the burden of exacerbated impacts of climate change.

So, I realized that climate change is not just about temperature rise but about livelihoods and survival of actual people, especially of those most oppressed.

But climate change is often framed here in the language of “We are all in this together”, lacking the perspective of colonialism and imperialism. So, I joined FFF Japan to change this dominant narrative and the way we fight.

You are a member of FFF Japan? What do climate movements do in your country? How were your Global Climate Stikes in the past years?

In April of last year, with other activists of FFF Japan, I launched the Climate Justice Project to focus on issues that are not necessarily associated with the environment such as workers’ rights, racial justice, gender equality, and global justice, although they are actually intertwined with each other.

The first action we organized was a joint action with union workers.

This excessive convenience has its costs as a huge amount of plastics are discarded and a huge amount of CO2 is emitted. Not only that, these are actual workers who are transporting and filling beverages and many of them are working on the verge of karoshi (death due to overwork). As our action demonstrated, workers and the planet are exploited for profit and put against each other.

So, with the striking workers, we demanded shorter working hours with a living wage and reduction in the number of vending machines as a first step to achieve a system that prioritizes human lives and the planet, not profit. And degrowth in the Global North is crucial as we all know that eternal growth is made possible also by externalizing costs to the “others” in the Global South.

The other big thing we did last year was the Global Climate Strikes on September 24th and October 22nd when we began collaborating with activists from Bangladesh. 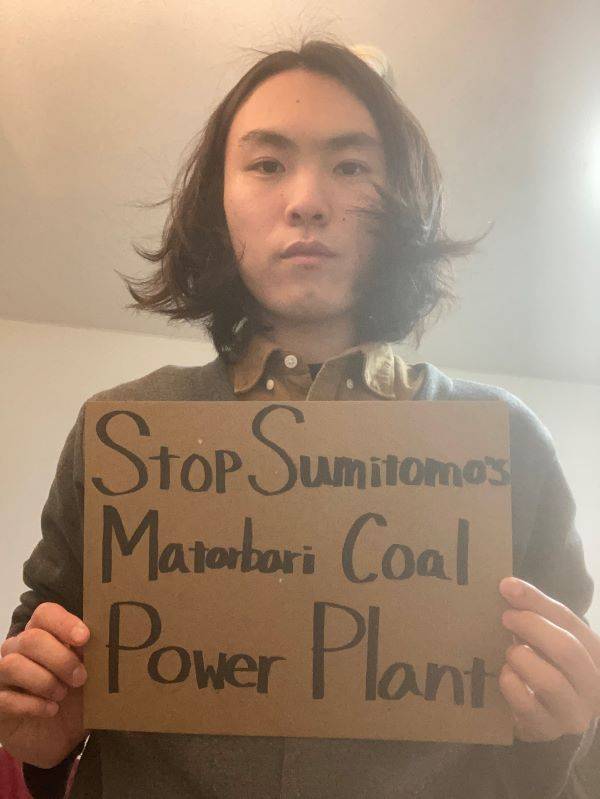 Last fall, activists of Fridays For Future Bangladesh contacted our team and told us that Sumitomo Corporation, a trading giant headquartered in Tokyo and Japan International Cooperation Agency had been building the Matarbari Coal Power Plant in Bangladesh under the guise of international cooperation. Due to land acquisition and construction that altered the flow of the Kohelia River that local fisherfolks rely on, more than 20,000 people have already lost land, jobs, and homes. So, we decided to focus on this issue for the two successive Global Climate Strikes.

Activists in several cities in Japan held protest action in front of offices of Sumitomo Corporation and JICA to demand they would immediately halt the coal project.

How is the climate crisis affecting people’s lives and Japan in general?

In this increasingly globalizing world, we cannot talk about impacts of climate change on a national scale only. And as the term MAPA (Most Affected People and Areas) tells us that those who are least responsible for climate change are bearing the most of the burden, our fight needs to focus on changing this disparity.

The plants being built under this project will cause environmental pollution that would not be tolerated in Japan. For example, they are expected to emit 21 times more sulfur dioxide than the average new coal-fired power plant in Japan. The Phase 1 project alone is estimated to cause up to 14,000 premature deaths during its operation.

So, it is like saying the lives of the Bangladeshi are somewhat less worth than those of the Japanese. We cannot and should not accept that.

But this is not an isolated case. As I said in the beginning, Japan has a long history of putting the burden of environmental destruction onto the others in Asia.

In the period between 1960’s and 70’s when Japan was experiencing rapid economic growth, industrial pollution became a huge social issue. We are taught that those are things of the past that we overcame. But in reality, Japanese corporations at the time began moving the factories, in order to avoid production costs and environmental regulations, to the “developing” economies like Indonesia and the Philippines with dictators desperately seeking development. This was often done as part of development assistance.

Now that we cannot expect economic growth in Japan, Japanese corporations are aggressively seeking profit abroad, especially in those growing economies across Asia like Bangladesh. This is why we are seeing projects like the Matarbari Coal Power Plant.

So, this year activists from Bangladesh and Japan launched an international campaign to target Sumitomo Corporation and JICA. Activists across Asia and beyond are joining us. 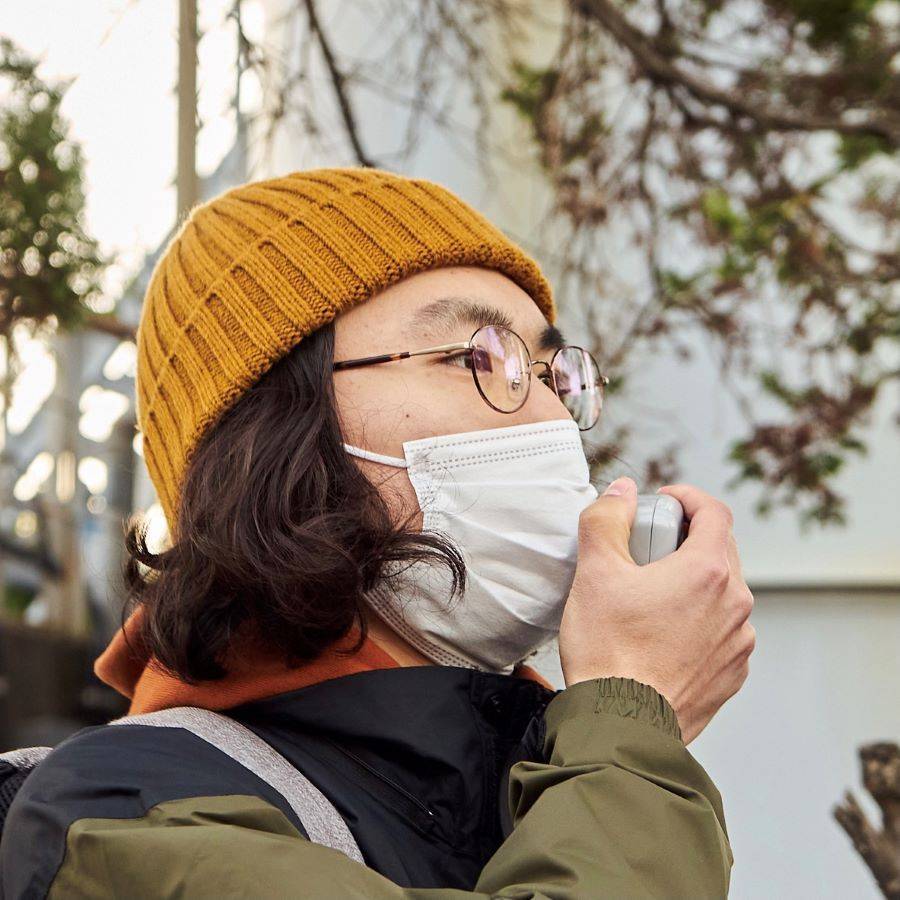 The aim of the international campaign is to make a step forward to transform the unequal relationship between the Global North and the Global South by fighting against Sumitomo Corporation and JICA. Through this campaign, we are trying to change the movements in the Global North countries like Japan.

We have already seen positive results of our campaigning. On February 28th, Sumitomo Corp. announced that it would not participate in the expansion (Phase 2) of the Matarbari coal fired project, leaving JICA without a partner for the second phase. This change happened because people across the world have raised their voices together. Still, we need to stop the original Phase 1 project that Sumitomo Corp. and JICA are continuing. So, we need to raise even bigger voices collectively.

What is the perception of the government for climate activists like you? Are you in contact with decision makers for climate issues? What are your demands for them?

I’m sure they don’t like people like us. But that’s okay because whether they like it or not, we will keep demanding justice and will become too big to ignore at some point.

We need to see the Japanese government immediately halt all fossil projects under the guise of international cooperation. Those big fossil projects like the Matarbari Coal Power Plant are centralized and undemocratic. Instead, Japan should begin supporting the countries like Bangladesh financially and technologically in the transition into renewables. It should be done in a way that technology will be in the hands of the ordinary people.

If you had a microphone to address the world leaders, what would you say to them about the climate crisis?

I would say they have failed so many times that now is the time we become the ones who lead. As Greta said at the failing COP26, the true leaders are among us, not the so-called world leaders, we are the ones who transform the world.

Climate activism can be very consuming for young people, so how do you take care of yourself? Do you have any hobbies to take your mind off the climate crisis?

I think it is important not to forget that activism is a creative process where people get together to envision another one, fundamentally different from what we have right now and put effort together to make it possible. It’s easy to get caught up in what we can immediately do and to forget to think about what we want to achieve in the long-term. What if we are free from hunger, poverty, and all forms of oppression? 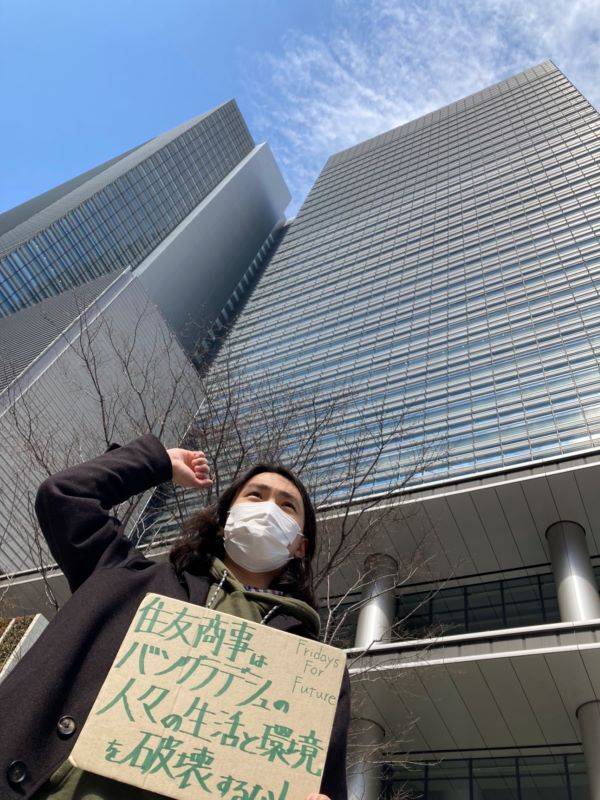 But yes, sometimes you need to take a break. I find SNS in particular very consuming. So, I sometimes try not to touch my phone and laptop. So, I often take a long walk when I am a bit overwhelmed. It is good to move your body when you feel stuck. I usually get new ideas for activism when I take a walk.

We’ve already seen some of the worst effects of climate crisis in the Global South and increasingly in the Global North but still drastic measures to cut emissions are still not taken. Rather, the planet is consumed at an unprecedented rate. The multinational corporations are seeking profit ever more aggressively. We need to fight in global solidarity NOT because it’s a nice thing to do. But it is a necessary thing. The multinational corporations know no borders, moving their production rapidly to wherever they can easily exploit and expropriate labor and nature. If we are fragmented, we cannot win. That’s why we need to fight in global solidarity.

Through organizing, we need to become a bigger force than now to overwhelm those in power and be able to actually lead the world in the future. Climate change is an immediate threat but organizing takes time. So, we need to begin organizing now.

In 2030, I will be in my thirties like many of the Gen Zers. Honestly, I have no idea of what I will be doing then. But I think I will be organizing activists across the world, especially in Asia. It is important to connect activists across Asia because Asia is the region where institutions still invest a lot in fossil fuels, with the economies rapidly growing and Japanese corporations taking advantage of this situation. So, I will continue organizing to bring back power to the ordinary people so that we will end the system of eternal growth, driven by profit-making and made possible at the expense of the Global South. 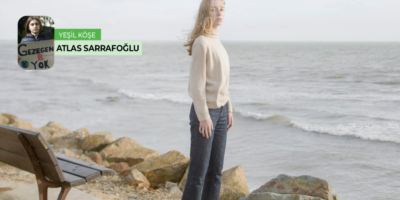 Marie Chureau: We’re climate activists, because we have no choice [Climate Generation -26]