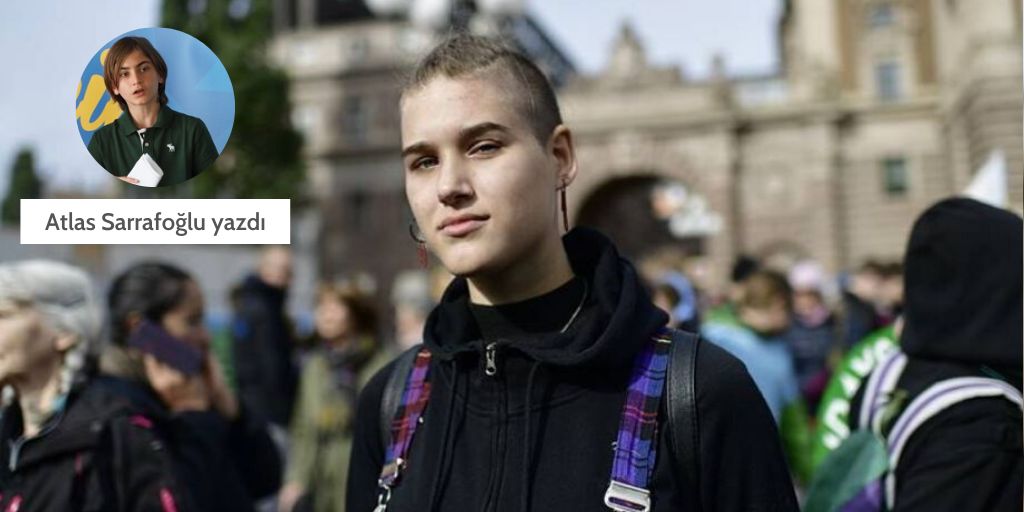 Isabelle Axelsson is a 19 years old Fridays For Future climate striker, organizer and coordinator from Stockholm, Sweden. She has school striked since December 2018 and currently studying a bachelors in human geography at Stockholm University.

Isabelle and her twin sister Sofia spoke on Greta Thunberg’s behalf and declined an environmental prize at an award ceremony in Stockholm for the regional inter-parliamentary Nordic Council’s prizes, reading a statement thanking the group for the honour last October. 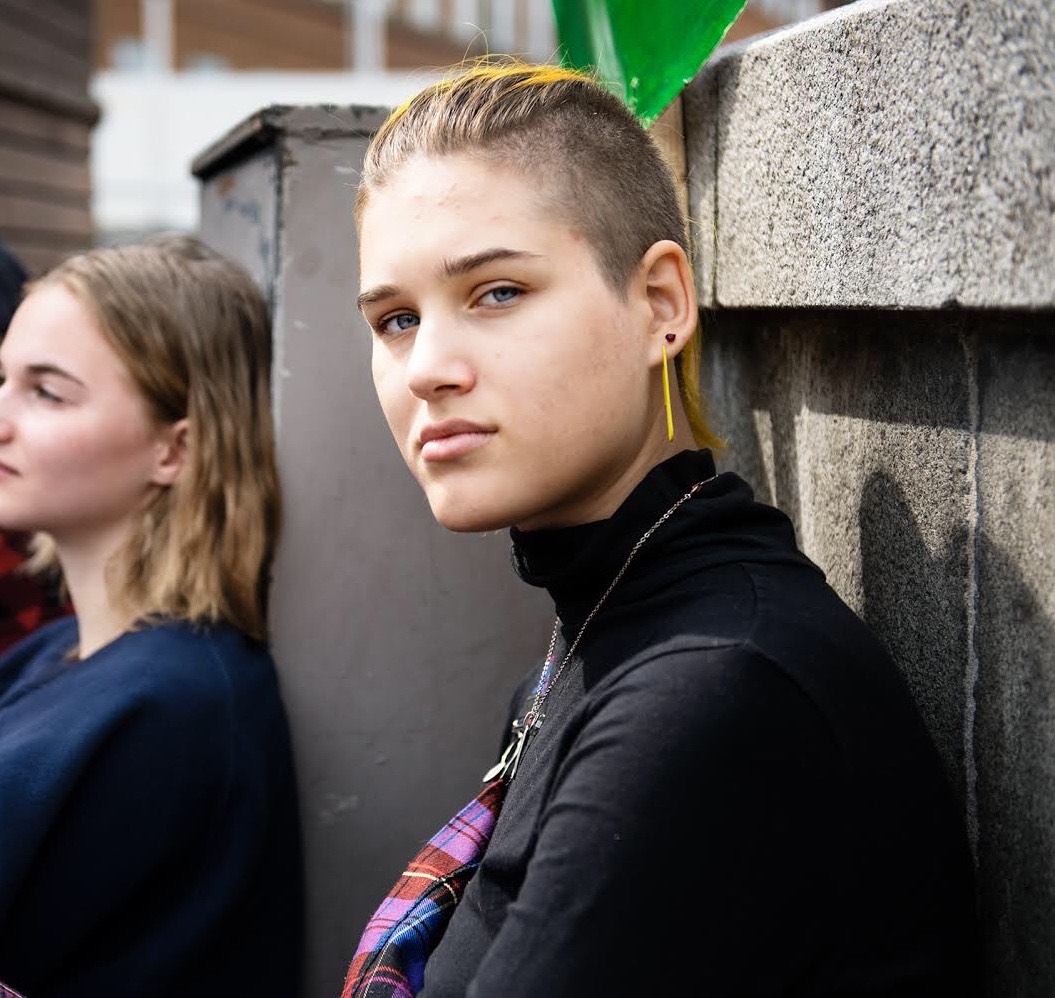 We learned that it was up to us to save the planet. It took quite a while longer for me to realise that the people that actually have the power to stop the emissions are the governments and the corporate world.

Atlas: How did you find out about the climate crisis and what made you start striking?

Isabelle: I found out about the climate crisis slowly throughout my childhood through watching nature documentaries and thorough school. Becoming an activist for me was both natural and unnatural at the same time. I grew up around nature a lot with my paternal grandparents living on the country side just outside of Stockholm, so I had a lot of access to the forest.

When I was younger my parents didn’t really let me and my twin sister (who also strikes for the climate) watch TV besides on Fridays when we usually watched nature documentaries narrated by David Attenborough. My first real introduction to climate change and the destruction we are causing to our planet and wildlife, that I can remember, was through the first BBC BluePlanet box-set. The episode about over-fishing ended up being the one me and my sister watched the most times, I think at least. It was a long time ago but I have memories of always wanting to watch that episode, so that I could wrap my head around it. And I have never quite managed to grasp the scale of destruction.

Soon after that we were introduced to more climate related issues; the greenhouse effect and global warming. However, what we learned in school was mostly that we should turn lamps off when you leave the room and boil water in a kettle instead of a pot on the stove to conserve energy and skip eating beef once a week. We learned that it was up to us to save the planet. That it’s our individual actions that are creating the problems. It took quite a while longer for me to realise how deep-rooted the issues of climate and bad education are within the system and that the people that actually have the power to stop the emissions are the governments and the corporate world.

As I grew older and learned more about, well everything, I couldn’t just sit by and watch. Before I got involved in FridaysForFuture most of my climate activism was the small individual changes I could make on my life, like “shop-stop”, and recycling and making sure the electricity we buy is from a company that only does renewables.

But when I found out about the school strikes in early December 2018, I couldn’t NOT get involved. It really woke me up and made me realise in a completely new way how much the climate crisis depends on the action of our politicians, and that it’s practically impossible for people to live climate neutrally in the system today. And then suddenly FFF took over my life and I was sucked into organising big demonstrations and coordinating in an international movement that has only grown and grown. 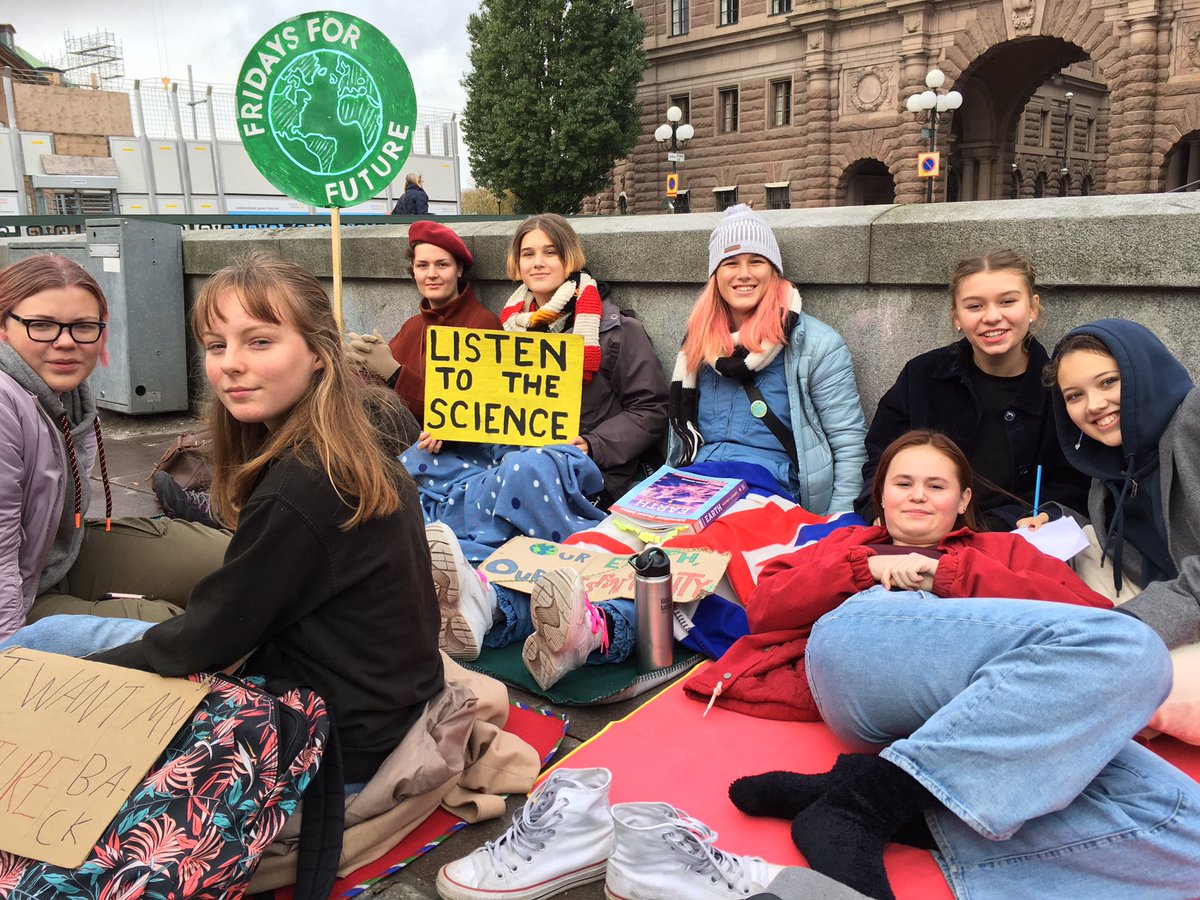 I don’t think many people really notice how much time goes into activism and organising these big events, or the energy it takes to be able to strike outside in the Swedish weather for about 7 hours every Friday. So while it’s incredibly exhausting and time consuming, it has also given me a lot of energy back. Before I struggled with many social aspects and I had to spend the majority of my time resting and recovering from school or hangouts with friends. But now I guess I have a different drive, and while social stuff still exhausts me I have a different type of energy keeping me going for activism related interactions. It’s hard to explain.

How do you see our FFF movement improving in the future?

What were the major events in your activism in the last year?

I think the absolutely craziest thing we did were our strikes on the 20th and 27th of September. We had two big strikes, two Fridays in a row. On the 20th of September about 10 000 people joined the strike. A week later, on the 27th, approximately 50 000 people joined us. When we were leaving the starting point there was pretty much a march going in the opposite direction of us still trying to get there! And when we got to the end of the march where the stage was, we found out that the starting point was still FILLED with people. Understanding the amount of people that thad come to a strike that we had organised felt incredible and honestly quite unbelievable. It was one of the biggest demonstrations in Stockholm ever.

Of course, not all travels have the impact that I would have liked, but every person I meet I can learn from, and they can learn from me.

You have been to a lot of different summits and meetings around Europe in the last year. What is the aim for your travels and how can you make your voice be heard?

The times I have travelled to different parts of Europe (by train of course!) it has been because I have thought that it could help further the message of the climate crisis. Of course, not all travels have the impact that I would have liked, but every person I meet I can learn from, and they can learn from me. And I have made so many valuable connections across the continent making the bond between activists in the international movement stronger. Making sure that your voice is heard is incredibly difficult, a lot of it is about doing the right thing in the right place at the right time.

‘We shouldn’t be disappointed when we don’t achieve immediately’

I always try to stick to the facts, and not be afraid to put myself out there.I have been fortunate enough to have enough people interested in listening to what I have to say that my efforts are usually heard and appreciated by at least some people. And to me, every single person that learns something and acts and every single kilo of carbon that doesn’t make it into the atmosphere counts. We should always aim for as much as possible when we do stuff, but not be too disappointed when we don’t achieve it immediately. Unfortunately, things like this takes time when we have so little, which is why we have to be stubborn and continue. 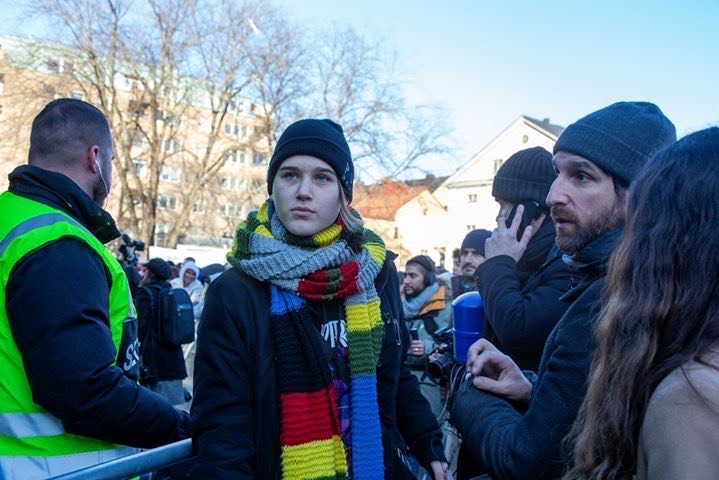 ‘Activism has affected most parts of my daily life’

How does activism affect your daily life? How can you cope with all the work you have to do?

I think activism has affected most parts of my daily life. There are only short periods of time that go by where I’m not thinking about the climate. And most of the time I’m not doing something for Fridays For Future  I’m thinking about what I should be doing or what I have to do.

I also have lots of studying to do, which I unfortunately have a tendency to push aside because I prioritise climate activism. Which does cause some unnecessary stress to be honest. But I feel like I have to prioritise the future of billions of lives over my own personal career.

My way of coping is trying to separate my personal life a bit from Fridays For Future and to spend more time with my family. I talk a lot about my experiences and feelings with my parents and they are so supporting and comforting and there for me when I need it.

Please tell us about the young voices taken out of the COP25 and how it made you feel. What do you think it was all about?

Unfortunately I couldn’t go to COP25, but from what I saw the voices of the many young people there were loud. The meeting might have ended catastrophically, but the youth showed their strength and the many activists there brought attention to the politicians failures.

I really, really hope that the world will be in a place where I, and the countless other activists, no longer need to be climate activists.

This is the most difficult question! Honestly, I don’t know. I really, really hope that the world will be in a place where I, and the countless other activists, no longer need to be climate activists. I hope that our politicians and world leaders have understood the science and are acting accordingly. I hope that we can live normal lives without worry of what the future will bring. Unfortunately, that seems too good to be true, and I fear that we will not be on track to fulfil the (not even ambitious enough) goals we have set. Which means that I will still be a climate activist, and hopefully working within climate science or trying to make sure the facts get through to politicians, policy-makers and the public.