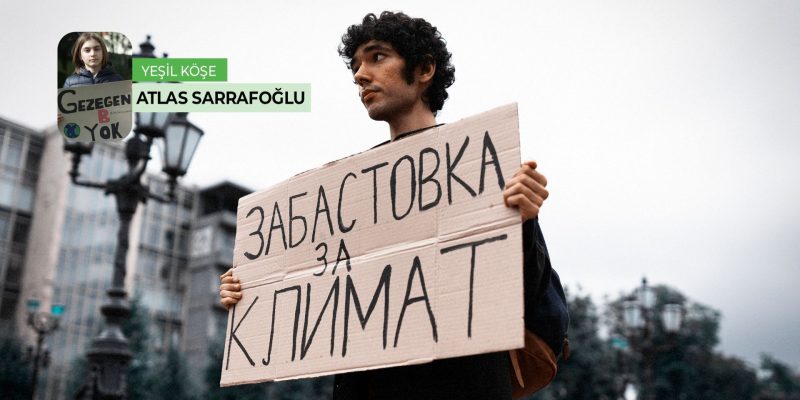 Arshak Makichyan is a 26 year old violinist, climate activist and one of the coordinators of Fridays for Future Russia.

Russia, being the world’s fourth-largest greenhouse gas emitter, has tough protest laws and people’s general apathy towards activism that puts Arshak in a very vulnerable situation in his pursuit to pressure Russia on climate crisis.

I had the chance to meet Arshak in person last December at COP 25 in Madrid. Despite the police, Arshak has been continuing his climate strikes. And everyday passing day with more and more people…

‘For the first few weeks I wasn’t taken seriously’

Atlas: How or when did your interest in climate change first begin, and what sparked that interest? What is your government’s perception of climate activists?

Arshak: I read about the Greta climate strike in November 2018, before that I didn’t know that climate change was a threat to our future. I became interested in this topic and started reading various articles…and it was strange to me that this topic was not discussed in Russia at all.

In March 2019, I started going on strikes every Friday, and since the laws in our country very often do not work and the government is opposed to activism, I was afraid that I would be arrested. But for the first few weeks I wasn’t taken seriously, and every week I had more and more international support, as I posted photos from the strikes on Twitter, and it was already difficult to arrest me without an international scandal. 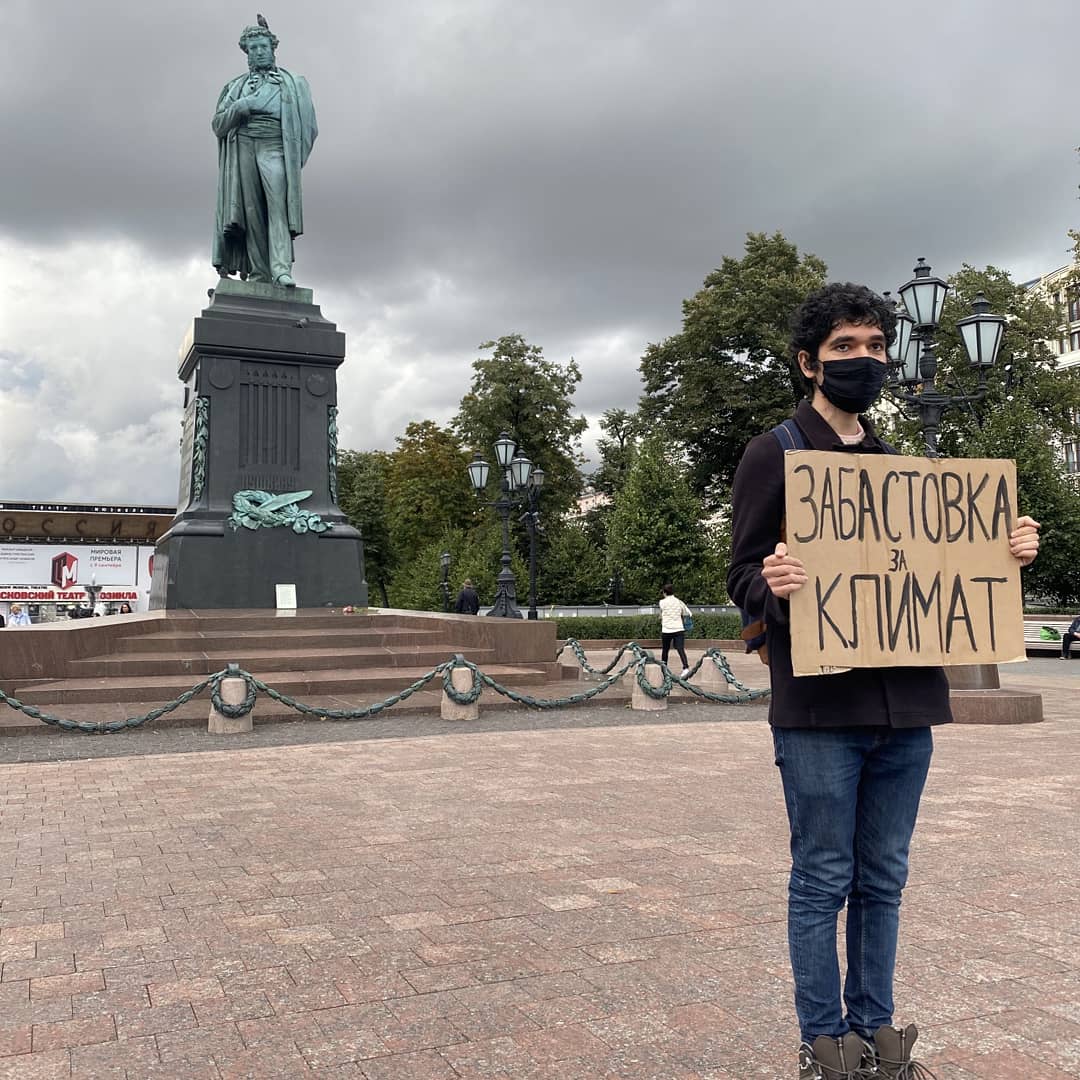 ‘We had to organize queues for single strikes’

When the movement started to grow, we were often illegally denied permission for mass pickets, so we had to organize queues for single strikes. Russia does not yet have the same culture of activism as many other countries, and it was difficult to be a climate activist in a country where the media was either silent on this topic or lied.

Now the situation has started to change and it is difficult to deny, even in Russia, that the climate is changing. Our movement is not so big yet, but despite the fact that we are not many, we find ways to influence the situation. We don’t have marches for ten thousand people, because people are afraid to protest, but this is just the beginning. I hope that there will be more of us soon and we will be able to go to protests together.

You have been interrogated, taken into custody and arrested for your peaceful protests along your climate activism. Why can you not protest peacefully in Russia? And what was it like going through all that? 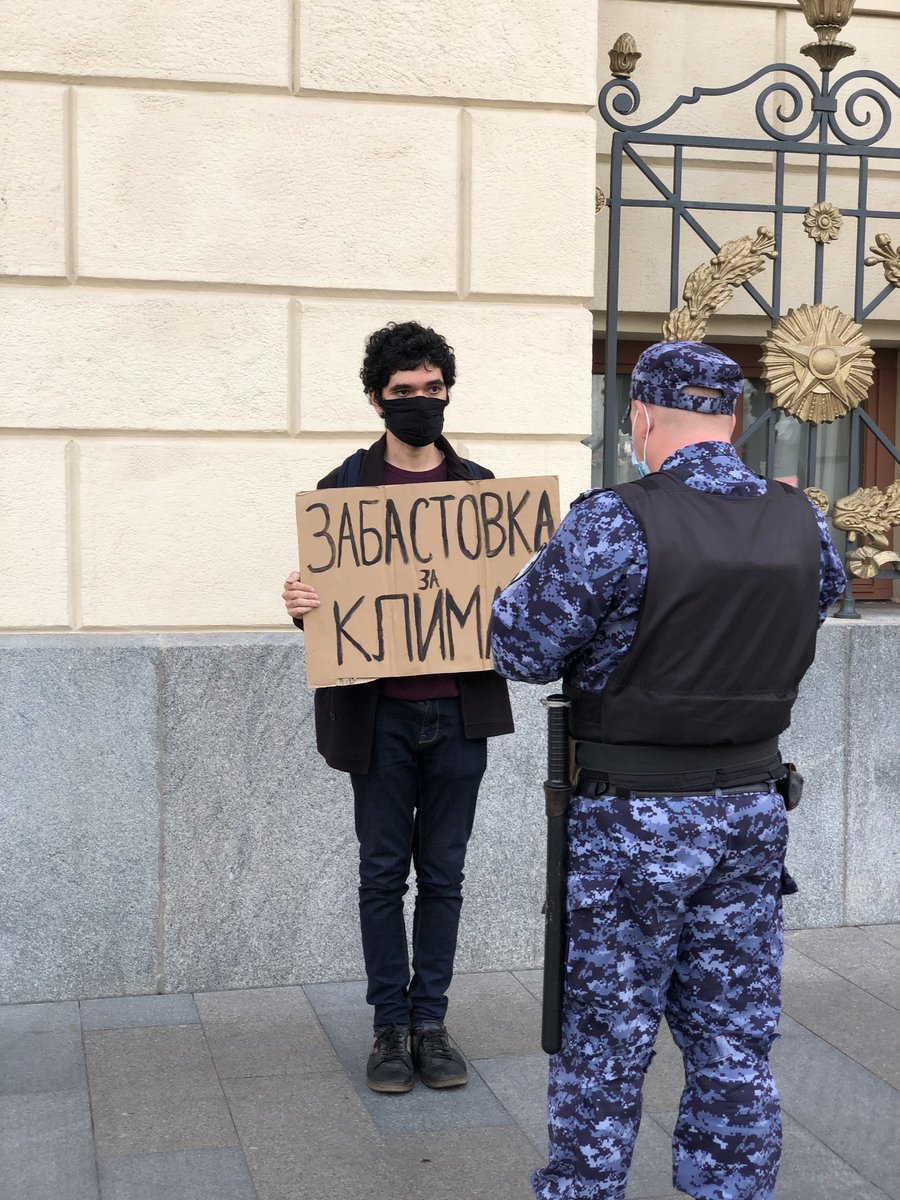 I was only arrested for 6 days – it could have been worse. And after this experience, I became stronger and I am very grateful to those activists who came out to the Russian embassies all around the world to support me. Because of these people, I probably haven’t been jailed for a long time yet.

If you had a platform to call on the politicians around the world, what would you say?

I do not know. It seems to me that politicians understand everything, but still decide to continue to do nothing – and each of them finds different excuses for this. They will only join us when there are even more people behind us, and you can only talk to them from a position of strength. In any case, in countries like Russia, where there are no (or they do not work) many democratic institutions and authorities are not interested in the future of ordinary people.

And I would remind the leaders of developed (and democratical) countries that this is a global crisis and we need a just transition not only in developed countries. if you support fossil fuel companies in Russia, then help us with the transition to renewable energy.

Do you get support for your activism from your family, friends or school?

My parents initially did not support me, because they are afraid that I will be arrested or something worse will happen. My friends supported me, but they didn’t really understand what I’m doing…but over the past year, I’ve made a lot of friends who are climate activists, and I don’t feel alone.

They didn’t support me much at the University, but I’ve already finished my studies and it’s not so important. It is quite difficult to find a job that can be combined with activism (full time activism), so I now work as a courier. It’s sad, but now many people have a difficult situation in life. We need to get through these difficult times and not give up.

It’s not easy to change the rules and norms – but when the norm is crisis, then there is no choice.

Despite a rash of media attention and record-breaking climate protests, the United Nations talks in September 2019 were largely considered a failure, with no new pledges from major emitters. What, if anything, do you think will actually incite change?

Our protests affect the situation, the main thing is to continue public pressure. Politicians are watching us and waiting for us to stop, but we’re not going to sacrifice our future, are we? A lot has changed this year, even in Russia, the environment/climate are starting to be taken more seriously, and if we achieve real changes on one continent (Europe or the US or whatever), it will affect others – we live in a global world.

We ask for a lot of things – life is difficult, but we have no choice, and in the end, in any case, we will achieve our goal. We have already changed the climate debate, and what happens next depends on our actions. It’s not easy to change the rules and norms – but when the norm is crisis, then there is no choice. 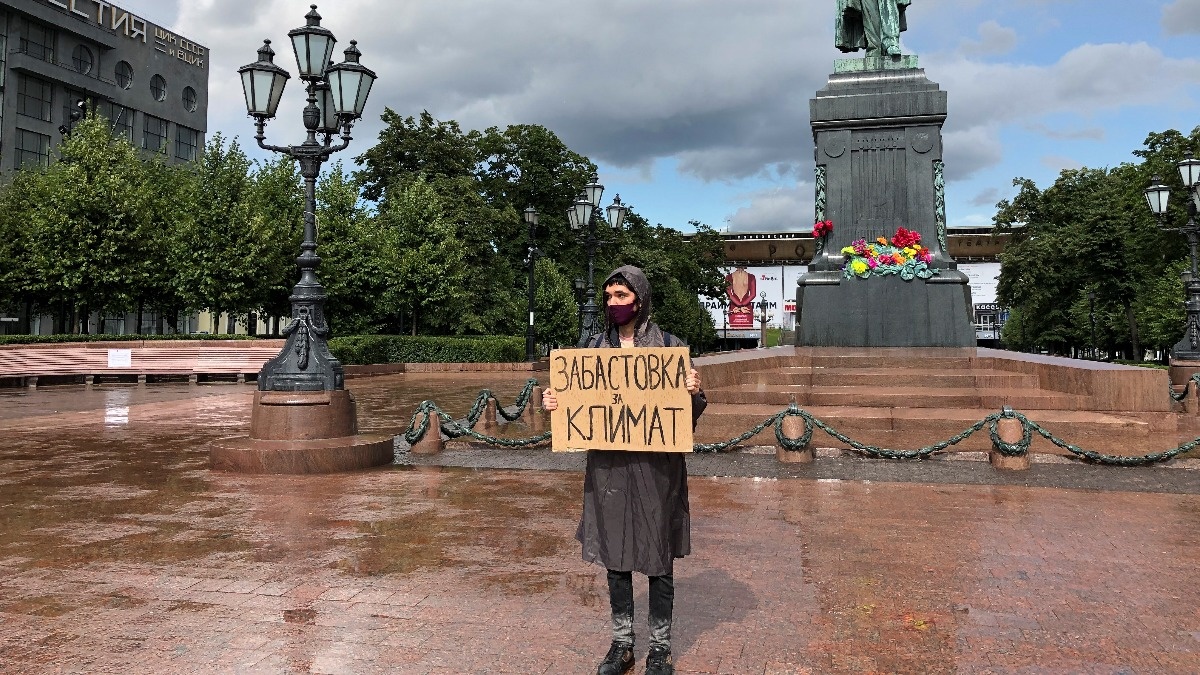 ‘We still have a lot of work to do’

What do you think is the cause of such lack of action on addressing climate change?

The fight for climate and ecology is now more than just a fight for nature. this is an existential crisis. Many people understand what is happening, but do not want to admit it, because they will have to change a lot. But there is now an independent climate movement that fights for these changes. Changing everything – from business to culture to habits.

We are ready to make sacrifices. And people are slowly starting to wake up. We still have a lot of work to do, and the climate crisis is already happening, but we must unite and become stronger to fight for the future of every person, animal or plant.

Who are the people you respect and listen to on climate change?

I listen to scientists, but in Russia they are often forced to lie and they depend on the state. I listen and trust activists and my friends. But first of all, I trust logic and my eyes, and scientific facts. You can see what’s going on, it’s obvious that we’re doing something wrong, just look out the window. Now the question is no longer who do you believe, but how can you help solve problems? 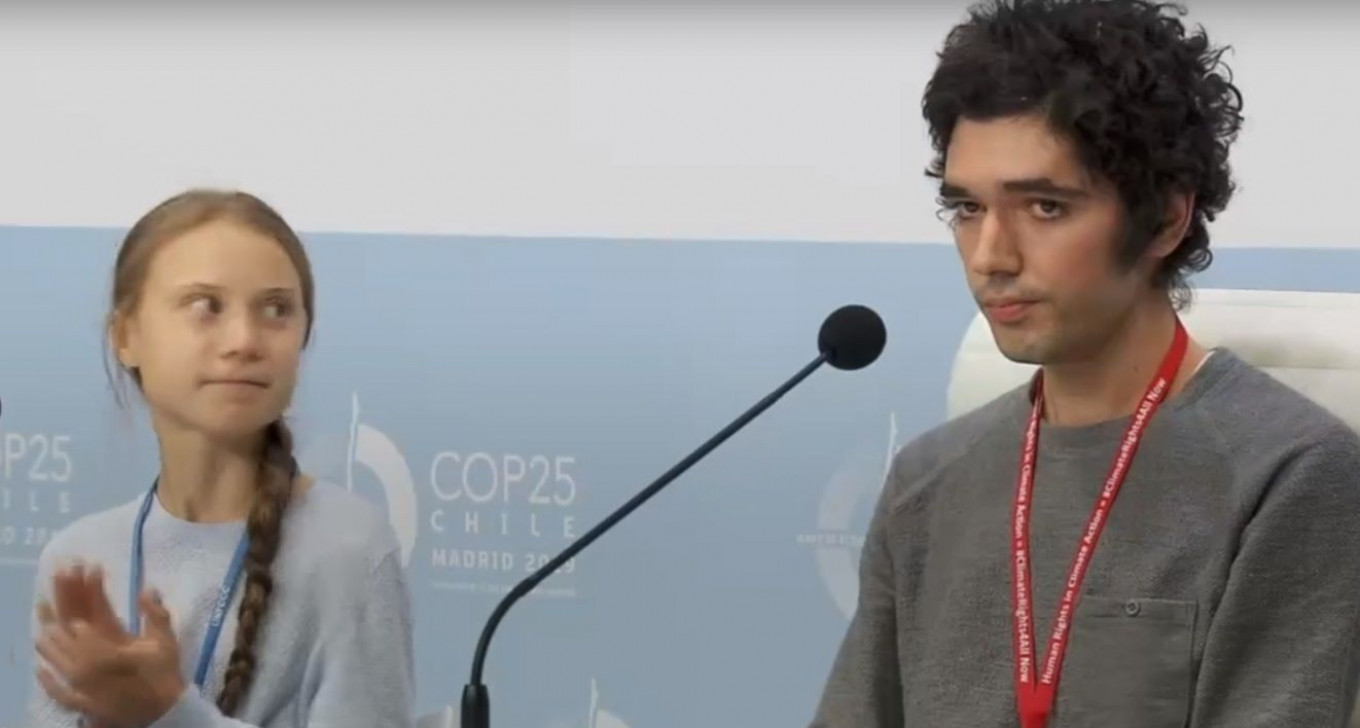 ‘Economy is so dependent on oil’

What are the specific things you would like to see action taken on, and by whom?

I am afraid of the lack of alternatives in Russia. we do not develop renewable energy at all, the state supports fossil fuel companies. We are demanding a Green course with various NGOs, but they are not listening to us yet. If there was more pressure on the Russian government on these issues from politicians from other countries, it might help, I think.

It’s scary when the world is changing and your country’s economy is so dependent on oil. In addition to the climate crisis, we will also have an economic crisis in a couple of years if we don’t start changing.

Where would you like to see the youth climate strikes go next?

I hope we can get back on the streets soon. And, of course, we need to make more connections with each other and try to understand better, be smarter and stronger.

I do not know what exactly we will need to do, since everything is changing very quickly, but the most important thing is to remain honest with yourself and unite people behind scientific facts. No matter what your political views are, we all live on the same planet.