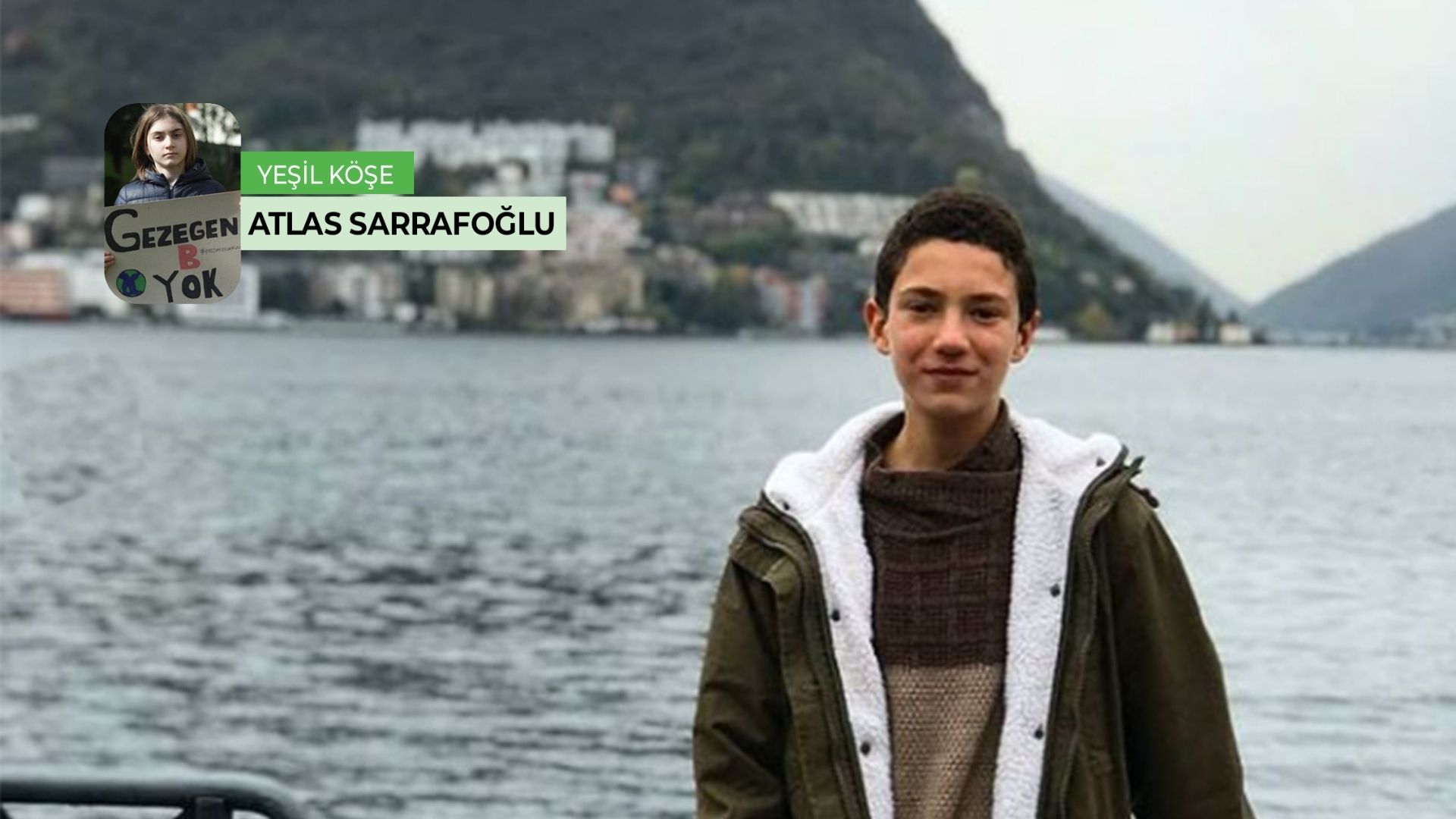 Alija Madjovic is a 14 year old climate activist from Serbia. In early March 2019, he began climate striking and working for environmental protection.

Since there were not many climate groups in Serbia at the time, he decided to take responsibility and founded Fridays for Future Novi Pazar. He wishes the citizens to better understand the issue of climate change and that the planet is our home.

Atlas: How did you become a climate activist and why do you continue your climate strikes? 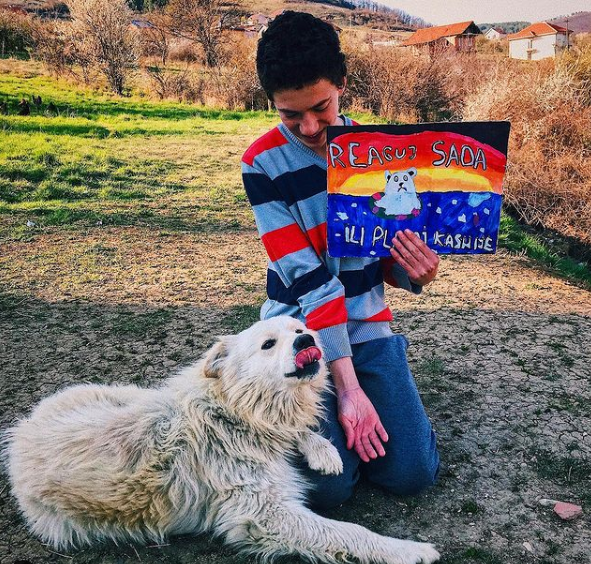 Alija: I became an activist at the age of 11. In my city and environment, people have not thought much about how dangerous climate change is and how harmful the negative impact of people on nature is. I first got in touch with FFF Serbia and activists and then I got in touch with the OSCE Mission to Serbia and local activists.

I got a lot of support but again I saw that I would not succeed all by myself. My friend joined me and then we started actively dealing with climate issues. I continued to strike because I believed we would succeed. I believe that the people in Serbia will change and will not allow anyone to destroy our nature, rivers, natural resources, etc. Although many times I wanted to give up, I told myself to continue, you are not alone – you will succeed.

What specific climate crisis is the most important issue in your country?

In my country and the whole region, the biggest problem is a lot of air pollution, plastic and dirty rivers. The state is not doing anything about polluting rivers, lakes and air. Instead, the ministry and the government signed a new investment plan with the mining company Rio Tinto.

Rio Tinto is known for its negative impact (low wages, poor working conditions, poor environmental impact, river pollution in South America that still persists). Protests throughout Serbia continue, we will not allow them to destroy our wealth and exploit us with nuclear weapons. Apart from Serbia, which can be polluted, this can be extended to local states. 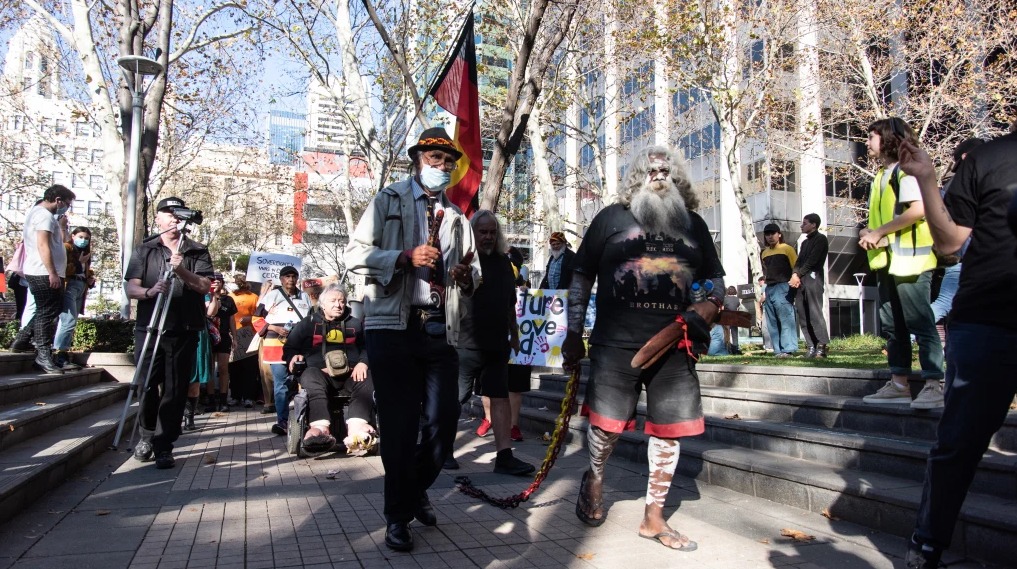 ‘Lots of people joined the protest’

A group of activists, actors and international activists, both local and international, joined the protest and campaign against Rio Tinto. I say this because I never dreamed that Serbia would wake up, that we would be able to fight against investors and the government that works against the citizens.

We send a lesson to all polluters, not just Rio Tinto, that Serbia and the Balkans are not colonies where they will fulfill their dreams. We have the right to a healthy environment and we will fulfill that together!

How would you describe the climate consciousness in your country – amongst politicians and public at large?

Political awareness of climate change and environmental protection is very low. They don’t care if the citizens like something, if we have something to say, if we agree with what they will do, what we want. It is only important for them to attract investors, without the permission of the citizens. Does it matter what the salaries are, what are the working conditions, is it profitable, is domestic production better, and they do not ask anyone.

That has been the case so far, and now the people want answers. Where does our money go, what do you bring us, who is behind it … If you want Serbia to join the EU soon, you have to listen to young people and citizens a little and not work on your own and test us with empty stories. 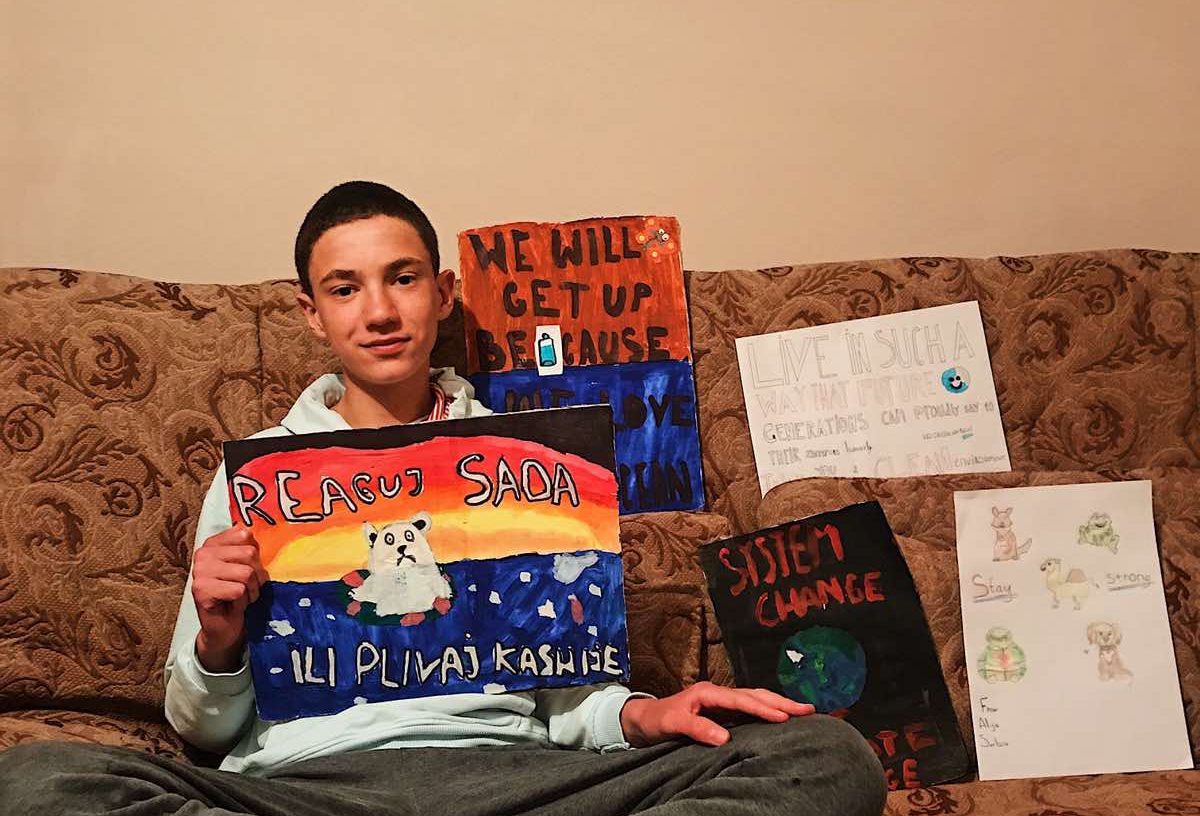 ‘We are in favor of environmental education’

As far as society is concerned, society is still divided. Some are aware and some are not. Young people are mostly unaware and not interested in the issue of ecology. Yet it is not their fault, the parents, the state and society itself is to blame for it. That is why we are in favor of environmental education.

In order for young people to stay in Serbia in the future, they admire the beauty, in a world without climate change. In a world that used to be normal and now abnormal.

‘For who they work?’

How they are not sorry that they are silent and watch what is happening around us. How they are not sorry and how they sleep watching and listening to people die and wars, how people die from climate disasters, from famine, from earthquakes, from floods. For who they work, for the people or only for their own interests. Where has that humanity and goodness in human hearts gone? Where did that love for nature and people go? Why do we just look at ourselves and care about others? That is what I will tell them . 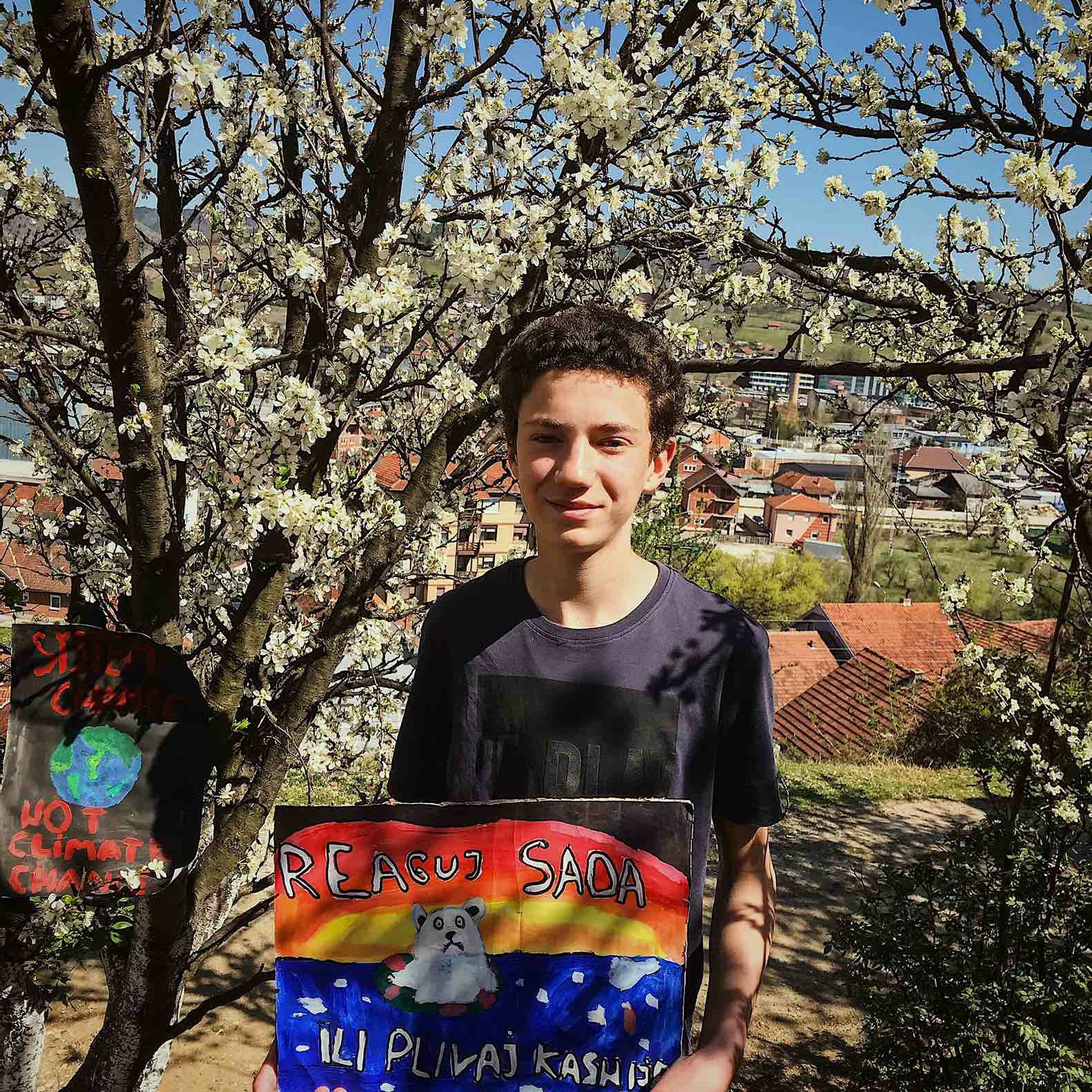 I think we still have time for change, systematic change. I think that our world will turn around and that we will step into 2030 proud and happy – without climate change. We still have time, a full 9 years. Let our stories turn into action.

The crisis in the world with the corona virus has put us in a position where the whole year of activism, schooling, and everything else has failed. Still, this year has been one of the most beautiful for me. I think that the pace will be slow and that we will not fully recover from all this before the summer, but later I hope that everything will return to normal.

We should also have in understanding that viruses can still appear (later) but still we are human beings, we will be careful but we will not reduce our lives to zero and lock ourselves.

And yes, I have a lot of hobbies. I like to play video games, watch educational programs and movies, I like to swim and play volleyball, to lie on warm beaches and travel, to read interesting books and to forget, I laugh a lot!

Do you have any support from your family, friends or any NGO’s for your activism?

I have the support of my family from the beginning. Some friends supported me some didn’t. Those who matter to me have supported me, that’s the most important thing. Local organizations supported me from day one, including the OSCE, UNICEF, UNDP in Serbia, etc.

Also, many world activists and public figures (journalists, the most famous Serbian actress in Hollywood), etc. I think that even in the most difficult moments, when I wanted to give up activism, they helped me and gave me hope.