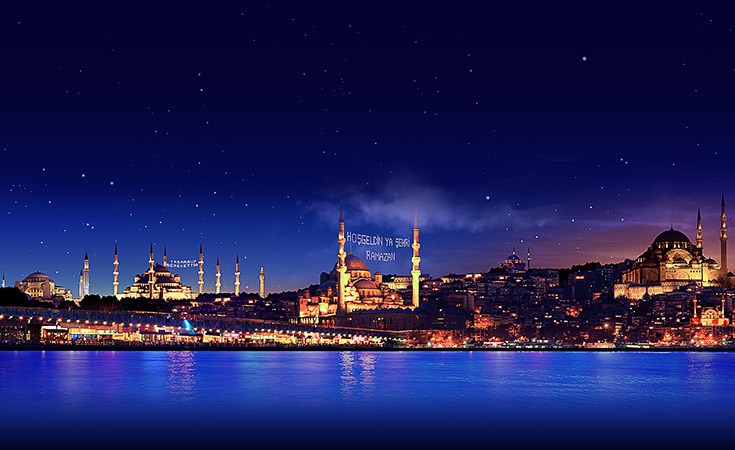 A verdict to retrial stay of execution demand for the Akkuyu Nuclear Power Plant was handed by the Ankara Regional Administrative Court this week. The environmental impact assessment process regarding the plant had been rushed through, and the lower administrative court had previously refused to see a case by many activists and organisations, asking for a stay of execution on the preliminary licence for the plant. The court had doe this without even reviewing the file. The Ankara 7th Court of Appeals will now have to reevaluate the case and its basis as put forward in the petition for litigation, including the dangers of nuclear power plants. Procedurally, this is a win for the environmental movement that constitutes a precedent for cases that include coal and hydroelectric power plants as well. 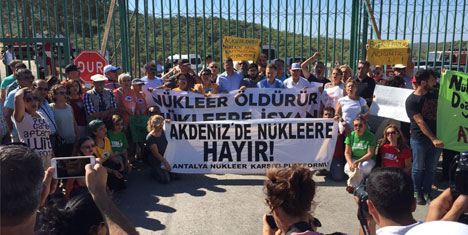 Activists in front of the Gates of the proposed NPP site – Banner: “No Nuclear in the Mediterranean”.

Turkey’s political atmosphere reflected through courtrooms again this week. For a case where he is charged with insulting the President of the republic, Selahaddin Demirtaş, the co-chairperson of the Peoples’ Democratic Party (HDP), was in court in front of a judge for the first time since his incarceration 14 months ago. In his defence, he stated that despite 97 court hearings being held in his various cases, he was not allowed to be present in court and was either trialled in absentia or forced to appear through teleconference systems. He said that in order for a member of Parliament to be trialled, parliamentary immunity has to have be lifted in a way in accordance with procedure, and since this was clearly not the case, the only way that was open to him was to ask for the local court to take the situation gravely and appeal to the Constitutional Court. He said his parliamentary immunity stood, and that he and his friends were subject to a trumped-up haphazard process, outrageous in terms of political and legal history. 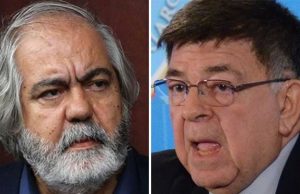 Meanwhile, the government extended the state of emergency in the country for three months, for the sixth time. The Parliament is expected to approve the motion.

The Ecology Struggles Communication and Cooperation Network was founded. The decleration underlined that the forerunner group The Ant Has Siblings was a community of individuals, not

organisations, and that this lead to a vitality “not seen often among environmental groups”. The group explained that they came together after the murder of the Ali and Aysin Büyüknohutçu couple who struggled against stone quarries in Antalya, and that this was a point of rupture in the 30 years of Turkey’s environmental/green struggle. Including a diverse array of ideological and political positions, group members see this diversity as an asset and underline that their intention is never to suggest that organised or political stances are wrong. They itterate that their individual network organisation is aimed at overcoming the slugishness institutions bring about in taking action.

Centenarian Hacı Ali Keklik joined activists collecting signatures against the Cerrattepe Gold Mine standing over the scenic city of Artvin. Keklik was first noticed by the public when he picked up a plaslic bullet shot on him and his fellow protestors against the projected mine by the gendarmerie when he was 98 years old. He says he owes his long life to the pristine nature of Artvin. 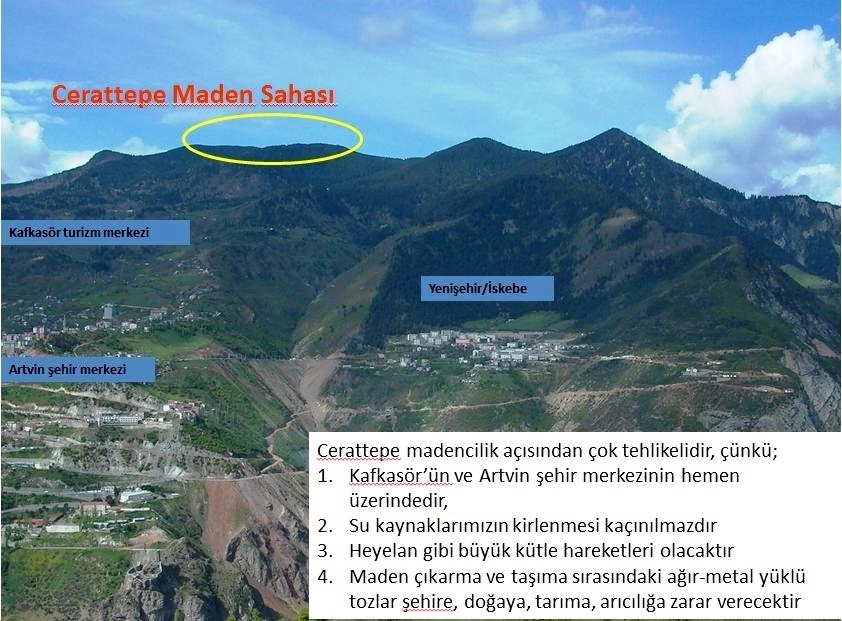 The site of the proposed gold mine standing over the town shown on the left centre.

The Streets Belong to Us Association rebooted its Where is the Pavement campaign, through which it crowdsources to expose, map and

raise awareness on violations of citizens’ rights, principally their to the city, basing the campaign around pavements. Pedestrians are encouraged to document and share violations they see with the hashtag #kaldırımnerede (where is the pavement) and their website tags, classifies and maps these.

Titles of Some of the Week’s Articles and Interviews: 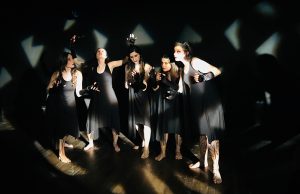 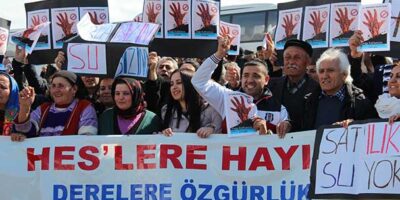 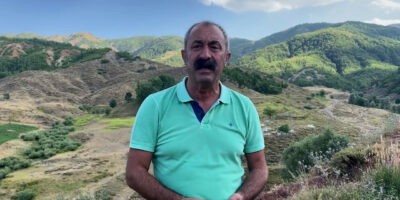 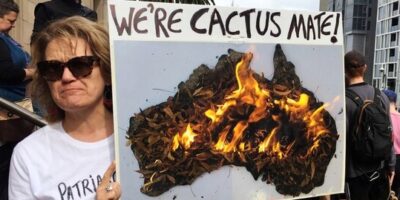 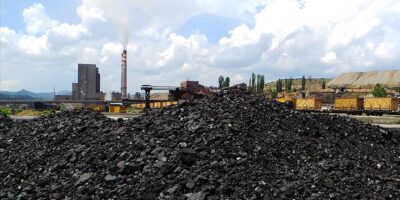