You may find this article too optimistic. I have no doubt that you think it is a bit untimely, too do-gooder, and even naive. But I believe that we have no other choice. We need a road map through the dark tunnel on which we find ourselves, and hope for that. Also, I was so scared at the night of July 15th that the perpetrators of the attempted coup would be successful, thereby Turkey’s drift to a civil war by moving away from democracy forever would become unavoidable, my sigh of relief that let me go to sleep in the morning of July 16th after I understood that the coup was squashed, may still be fresh. So, please excuse for my optimism. On the other hand, I also acknowledge the rightful unease because of the declaration of the state of emergency and the possibility that the exclusions and arrests could include the dissidents that have nothing to do with the perpetrators of the attempted coup. But if you want me to tell the truth, I’m not buying the apolitical nihilism of the ones who analyze the situation with the cliché of “we got over the military coup, but the civil coup is worse.” Of course, the situation can worsen. We already have a weak democracy, and we thank that it was saved. And yes, we are in the beginning of everything; the state of emergency was declared, the civil and political life is restricted, the days that one needs to defend the basic rights and freedoms more than ever has just been started. So, the possibility of trimming of even our tiny democracy should worry all of us. But now saying “thankfully the coup was not successful, but now everything will be worse” is not politics. Or you can say that this is politics only if believing the most horrifying military coup attempt that Turkish history faced was just a mise en scene, and saying it was a “fake attempt” from the first night, were talented political analysis and having foresight.

That is why we need to express a hope when we reflect upon how we get over this situation and how we rescue our democracy. If you ask me about my feelings, I am not in an optimistic mood either, but having optimism for our political proposals is a must. (Or you may say “the pessimism because of intelligence, but optimism because of will…”)

Consequently, I believe that we need a two-item simple plan in order for Turkey to never experience a vicious cycle of coups and to stabilize a minimum level of democracy, and also I believe that all the political parties and movements, firstly the government, as well as civil society and opinion builders will need to discuss this framework sooner or later. Also President Erdoğan and the government should have been tested enough and aware of that it is not that easy to save their power without democracy, and by only chasing the dissidents starting with the ones whoever seem to be most powerful at the time, as well as concentrating the political power and collecting it to a single man.

Item one: Returning to the EU

Remember why we want it, when Turkey was starting the membership negotiations with European Union. It was not because the EU is the most perfect union and not because it is heaven on earth. We wanted it, because we think that EU would be an anchor to protect Turkey’s democratic regime with its rules and institutions. During the process, and because of the mistakes of the both sides, this anchor was displaced before we could hold on and Turkey started to lose its democracy. I don’t think that the mistakes of the EU and the European politicians were less than Turkish politicians on this setback. In the early years, even in 2004, the EU and the European politicians who cause the rejection of the Annan plan which was the best ever opportunity to solve the Cyprus issue and Turkey’s participation to EU, by 75% no vote in the Southern part of the Cyprus and accepting Cyprus into the EU unilaterally just one week after this fiasco and to erect the Cyprus issue as an impassable barrier in front of the Turkey’s membership to the European Union, must name themselves among the ones in charge of Turkey’s drift to this period of attempted coups and even the refugee crisis that also unsettle Europe. Now I wonder what they say: Cypriot politicians who block the opening of the negotiation chapters with pleasure, and Mr. Sarkozy, for instance. This fiasco could be placed into the background of Erdoğan’s renunciation of the EU membership that he once thought that it would be a protective choice against the military coups that he has been trying to get rid of since the earliest days of his rule. And this might be starting point of his strategy to neutralize his dissidents in all the levels of power (and one can see now how big mistakes they did for the sake of this) instead of an EU protection that he decided that it will never be realized, and that he continued to build a one man regime lately. Of course, nothing can be an excuse to destroy democracy, but this is one side of the truth. Turkey has started to lose its democracy, once it has lost the EU anchor, and finally it has faced with a bloody coup attempt.

Now, what is to be done is to turn back swiftly to the EU process. The most important opportunity for this is that the official negotiations are still going on and we have not lost the candidacy privileges. Although the government seems like it does not care what happens with the EU at all, if it decides to do so, it can smoothly fasten the process and clear the way without any concern as it does a political twist. (Only last month a new chapter was opened by the way.) And government will no need to explain this policy change to its electorate. (They were started to get warmer again lately, because of the discussions on visa liberation. And the government can stop the debate on capital punishment in a minute.) One of the most important things for this sake is to clear the way of the solution in Cyprus in which the negotiations are going on better than before thanks to Mustafa Akıncı, new president of Northern Cyprus. This can be done by all kinds of relevant gestures including drawing some of Turkey’s military presence from the island. Then, Cyprus can be reunited as a federal state, Turkey can recognize this united Cyprus, and the most important barrier in front of Turkey’s EU membership could thus be removed. Resuscitation of the EU process needs convincing the politicians in EU countries and the European public in which the populism and xenophobia has peaked. Brexit may make the situation even harder. But if Turkey takes the first step and shows its determination, many things can change. In this regard, European citizens of Turkish origin and everyone, including members of the civil society organizations and people who have good relations with Europe need to play their part. I, myself, would consider it no waste of time if I was to dedicate my next couple of years for this sake.

The second step one needs to take is to finalize the military’s role in Turkish politics. We know that the AKP government tried to make it. They tried to crack down the army more than anybody else before, partly in the framework of EU laws, and partly in the name of interrogation of the previous coup allegations. But they did not do this with proper principles, and what they did was not enough. And finally they faced a reckless and bloody coup attempt that was unprecedented, and it was perpetrated by a minority (but not a small minority, as we now know) in the army whom they for a long time thought saved the government from the military’s tutorship. Therefore, what was done to reduce the influence of the army on politics was not accurate and enough. Therefore, sending army to a war again, and increasing their authority to commit a war even in the cities was the last thing for a government really trying to prevent a coup against itself was to do. Yet, if you provided impunity to an army for all kinds of violation of rights and unlawful acts they do, they could even perpetrate an unexpected coup against you.

Now, what is to be done is to turn back swiftly to the times before the general elections of June 7th, and even to 28th of February, 2015, that is to say, to the Dolmabahçe consensus. I don’t even say solving the Kurdish question. I say we need to stop the war, to silence the arms, to restart the peace negotiations which was called the “solution process”, to empower civil politics, to acknowledge that the decision on removing parliamentary impunity was wrong and therefore to strengthen the democratic Kurdish politicians, and HDP at first, therefore to minimize the effect and intervention of the military on politics, and consequently sending the army back to its barracks.

Of course, these should be followed by the precautions such as reducing the size of the army, and gradually revoking the compulsory military service. Look at the European countries where the military cannot get involved with the politics; you will see what is to be done. Only this way can you give the army a shape that they will never again attempt a coup. But not by putting caterpillars in front of the gates of military headquarters.

As a conclusion, I don’t see any other solution other than to turn our face back to the EU and the peace process in order to get over the coup atmosphere, not to allow coup attempts in the future, and to guarantee a minimal democratic stability. It is no time to despair by talking only about the worst case scenarios, to defend fundamental changes for everything, and to compete for radicalism. Instead it is time to be moderate, to defend normalization, and to invite everybody to commonsense. This is not the right time to question the legitimacy of the AKP government. As all the democratic forces, we need to normalize the situation, to remind the AKP of the steps it took when it made the EU candidacy and peace process possible in the past, and to invite to try it once more altogether.

Maybe this time, with a little help of the lessons of the many mistakes of the past, we can overcome. 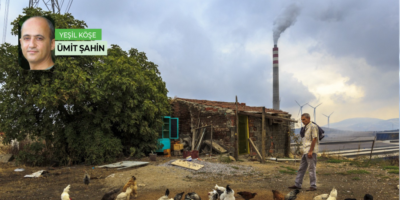 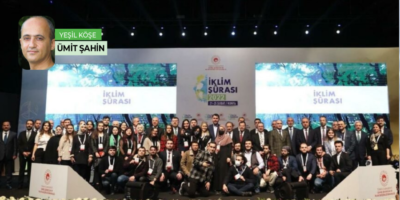 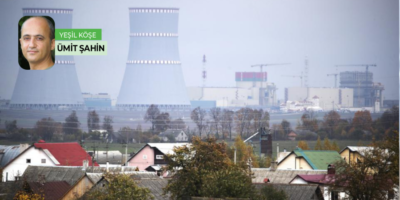 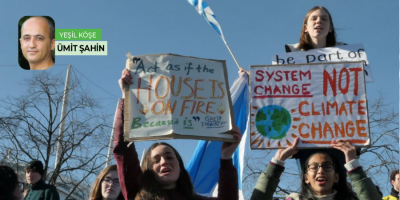