40 Thousand Trees Felled for Erdoğan’s Summer Palace, Protest Suppressed: Members of 24 NGOs lead by the Marmaris Urban Council set out on the 1st of March towards the bay where a presidential summer residence is to be built. They aimed to read out a press release nearby, but the road was blocked by Gendarmerie using dumping trucks. Citizens were subject to on-the-scene background checks, while the bus drivers were fined €1000 each. As a court case challenging the demoting of the area’s protected status continues, so too does construction work, and 40 thosand trees have been felled according to NGO representatives. The protestors were escorted back to town by Gendarmerie.

Saros Saved from Limestone Quarries: The Edirne Administrative Court ruled to overturn the Ministry of the

Environment decision which put forward that an environmental impact assessment (EIA) report was not necessary for limestone quarries in the Special Protection Zone of Saros, a northern Aegean gulf with vivid sea-life and pristine bays. The administrative court had issued a stay of execution on the case three weeks ago. Some of the quarries are in forest land, as close as 500 meters to the sea. To date, no quarry has been rehabilitated after closing, said lawyer for the plaintiffs, Bülent Kaçar. Fortuitously in the same week, the Aydın Administrative Court also ruled that the limestone quarry there, opposed by villagers in Yeniköy near Kuşadası whose farming land it will affect detrimentally, needs an EIA.

Coal Power Plant Preliminary License Halted by Court: In a very important legal development, the Ankara 12th Regional Administrative Court overturned ‘with certainty’ a lower court decision to ‘dismiss without examination’ the court case brought by local environmental NGOs, against the preliminary licence for the Hatay ATAKAŞ coal power plant. The lower court now has to examine the case again, taking into account legal grounds outlined by the plaintiffs and the environmental impacts of coal power plants. A previous decision taken by Ankara 7th Regional Administrative Court  on a suit brought against the preliminary licence for Akkuyu Nuclear Power Plant may have served as precedent. The decision solidifies the precedent that cases may be brought against preliminary licences on the basis of plant environmental impacts.

Human Chain Around Canyon Under Threat:  Citizens’ initiatives from all over the Zonguldak area turned up at Yenice to form a human chain, aiming to encircle the Şeker Canyon, under threat of a proposed hydroelectric plant. Their press release underlined that the area has a unique ecology with high natural rockfaces and deciduous trees instead of the evergreens, more prominent in the area. Despite this, all official bodies have signed off on the hydro-plant, and the long standing project is being cooked up again, they said. Previously, Green Gazette had interviewed the mayor of  Yenice Zeki Çaylı who is from the AKP and who also said he is against the project.

Green Thought Association this week, where participants both discussed and experienced conditions at shelters. They simulated what being stuck in a 30 cm² space feels like in order to empathise with animals in this predicament,

but only for minutes at a time, and got information on things they can do as shelter volunteers. Issues ranging from forcing animals to copulate for the sake of breed to the fate of pets abandoned in forests and  how only one puppy out of 10 survives the shelter system were discussed.

Construction Stops on Concrete Seagull: Work was halted for the last month, reports say, on the on-land construction for the seagull shaped transit station in Kabataş on the Bosporus, a huge concrete structure being built by filling in the waterway’s coast, as the Cultural Heritage Protection Board has not yet given the go-ahead. The massive structure on the Bosporus is criticised for its destruction of the natural coastline, its intrusive architecture, its being planned without any community input, as well as for disturbing the eco-system of the Bosporus. Its 90 thousand m² area has been closed off for a year and a half now, also disrupting daily routine of many Istanbulites. 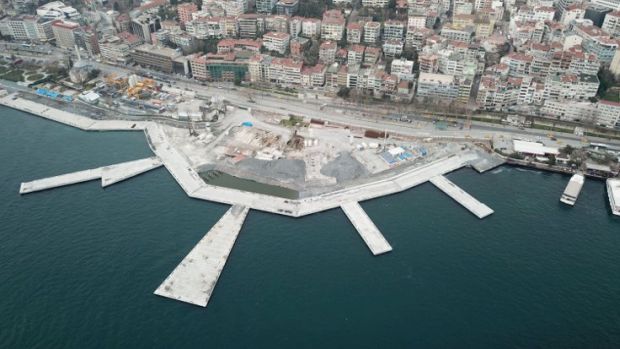 Protect İzmir Platform Founded: Citizens in Izmir organised under the Protect Izmir Platform (İzmir’e Sahip Çık Platformu) to protect the city from being turned into an urban rent zone. Many NGOs, labour unions, and professional associations, urban councils and political parties came together under the platform, meeting to make their declaration on the 26th of February. In their statement the platform said capital has exhausted urban rent in Istanbul and Ankara, and has now set its eyes on Izmir. They lay out the reason for their solidarity as that with the increase of urban rent, the city will become overpopulated, distortedly built and unliveable, the Izmir Bay Transit project will destroy the ecology of the Gediz Delta, where inhabit 10% of the world’s flamingo population, natural heritage and coastline will be destroyed, the Efemçukuru gold mine will pollute water, the coal power plants to be built in Aliağa will increase air pollution, renewable energy plants and stone quarries will continue threatening wildlife.

The declaration of the platform was dated just before the 1st of March, when a court appointed panel of experts made on-site observations regarding the case brought by NGOs against the EIA report giving the Izmir Bay Transit project a go-ahead. The platform read out a press release against the project at the Gediz Delta with mass participation.

Diyarbakır Governorship banns Outdoor Events for March 8th: The Dicle Amed Women’s Platform (DAKP) applied for a permit for a series of open-air events to celebrate March 8th International Women’s Day in Diyarbakır. The events spread through the first 10 days of March were to include a torch-march, press release, and a sit-in in front of the human rights memorial, and it was under the slogan “We were here, We are here, We will persevere”. The Governor’s Office refused the permit for most events; there is, however, no ban on the 8th of March rally proposed to be held in the station square. 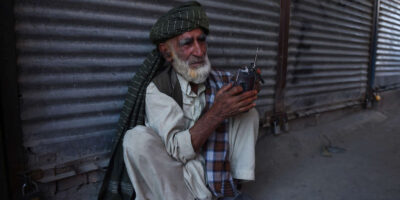