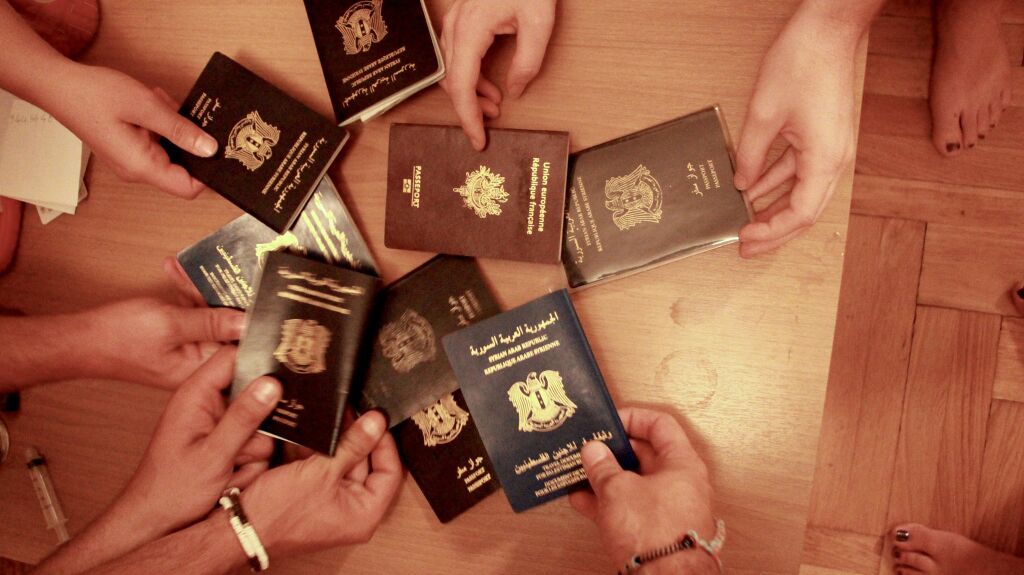 This is the story of 11 Syrian and 1 French friends. The journal from their trip, between July 15 and August 15, passing the borders,  from Turkey to Syria.

(Nafar in arabic is the one without name, without right, a number in the mass, and it is how the smugglers are calling their clients, in arabic. “He is only a pocket of money”).

For the first two parts of the journal, Basmane, İzmir (1/3) and The smugglers (2/3) click here, and here, respectively.

We stayed 6 days in Izmir, and prepared ourselves several times to cross the sea, but at the last moment, we had to cancel it (the island was too far, the smuggler finally wanted some money before we would leave, the boat was too full…) or the smuggler himself cancelled it. In this period of stress and extreme heat, those failures were psychologically very hard. We were disappointed, down, angry, tired and the idea of giving up crossed the mind of more than one of us.

After 2 days in Izmir, we chose a “trip”. The smuggler insured us that there won’t be more than 40 people in the boat. Despite the tiredness, we were excited, hoping to be in Greece the next day.

The French friend of the group was staying in Izmir and waiting for news from there. The rest of us went by taxi to a forest in the outskirts of Izmir. When we arrived there, there was absolutely no light, and it was in complete darkness that we tried to gather together. There were around 100 migrants in the forest including a lot of families with children (the smuggler had explained that 2 children were counting as 1 adult). This was the meeting place of 2 different groups. From there, the Turkish smugglers were organising the departure to the shore, by van. The first 50 people entered in the van, like tuna fish in a box, we could hear everyone shouting and children crying while the smugglers were pushing them inside. The door got finally closed, and it was total silence. Meanwhile, we decided to cancel, as we could see that our group was definitely more than 40 people, more likely 48. When we said it to the smugglers they became violent, shouting at us and even wanted to beat one of us. This friend had his phone in his hand and showed it to the smuggler shouting he would call the police. We could finally escape the place, but were very afraid, as one of the smugglers was following us. Finally a police car came close and he finally run back with the group. At this moment, one of the friends fell and hurt his leg. Because of the police car, we also threw all our life jackets. The night after this attempt was very hard, both on the psychological and physical level, but we tried to calm down and get some rest.

We finally had to wait 4 more days to try again. 4 very hard days in Izmir and the only hope was to leave, as soon as possible. We finally talked with a smuggler. Once again the French friend stayed and the “nafarat” left by bus. We had been told that we would go to Chios island, which is very near the shore, and close to Izmir. On the bus, when we checked the GPS, we realised that we were not on the good way at all, and understood that we would actually try to cross to Lesbos, a very big island that is further from the others.

The last group that died in the sea some weeks before was also trying to reach Lesbos, and we didn’t want to go this way.

We talked with the smuggler, who convinced us to get until the spot, and from there, if we couldn’t see the island, we could cancel. The will of passing was very strong, so we accepted. After the bus, we got into taxis, and succeeded to avoid the different police checkpoints on the way.

When we arrived to the spot everything happened very quickly. Other people were already in the boat, and we got inside in less than 5 minutes, even if we couldn’t actually see the island. We were 33 in a small boat, of 6.5m long, and none of us had space to move even slightly. After half an hour on the sea, the motor stopped. We tried to fix it. With us there was a blind man and for him the situation was very scary. We also all got afraid of going back to Turkey, but after trying to fix the boat for half an hour, we finally tried to contact the coast guard police and asked our friend who was still in Izmir to contact them and to give them our location. She also got very scared, as we couldn’t give her more detailed information than “Help! Call the police!”. She finally reached them and the coast guards were on their way when we let her know that the motor got fixed and that we were finally continuing our passing. We saw the police looking for us at our previous place. But even if they saw us, they didn’t try to follow us.

Our driver was full of energy and encouraged the group a lot. We even finished the  crossing by singing all together. After 4 hours in the sea, we were exhausted, completely wet and stressed, but we arrived. Hard to believe it. That’s it guys, we are in Lesbos, we are in Europe!

We are a group of 12 people, 12 young persons full of hope and dreams, that met in Syria or in Turkey, and decided to go together to Europe. In the group, there is a doctor, a judge, 2 architects, a lawyer, 1 painter, 1 designer, a film maker, a social worker, a cook, an actor and a first-aider. Half of the group couldn’t continue their studies because of the war. Most of them escaped to Turkey some years before the decision to try their chance and cross the sea. But staying in Turkey means accepting to stay where there is no opportunity to work legally or to study. It means accepting to wait, only wait, for the situation to change. But our youth won’t last that long. In the group there are 11 Syrians and one French. For her, with her passport, the borders are open. In this system she is a human, she has the right and the possibility to be wherever she wants to. For different reasons, but with the common will of living this experience all together, we left Istanbul and are now on our way to a country where the nafarats could be humans again. At least, this is the goal. 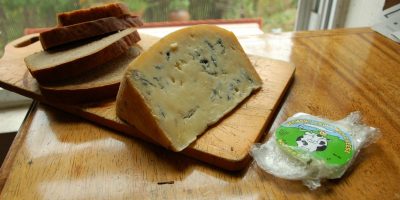 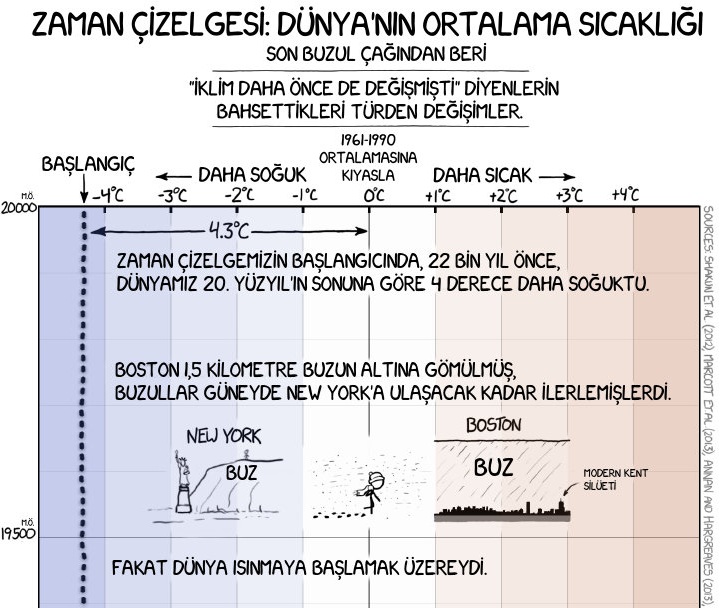 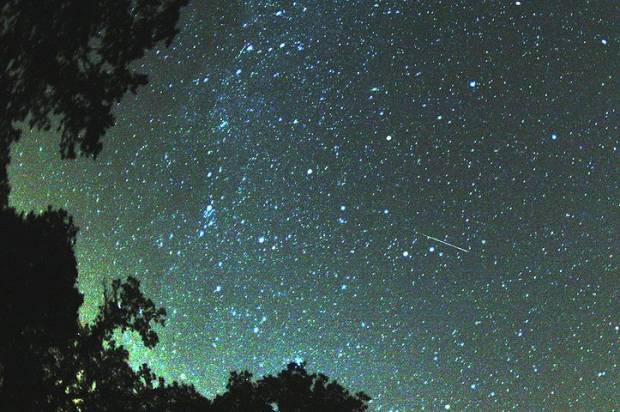 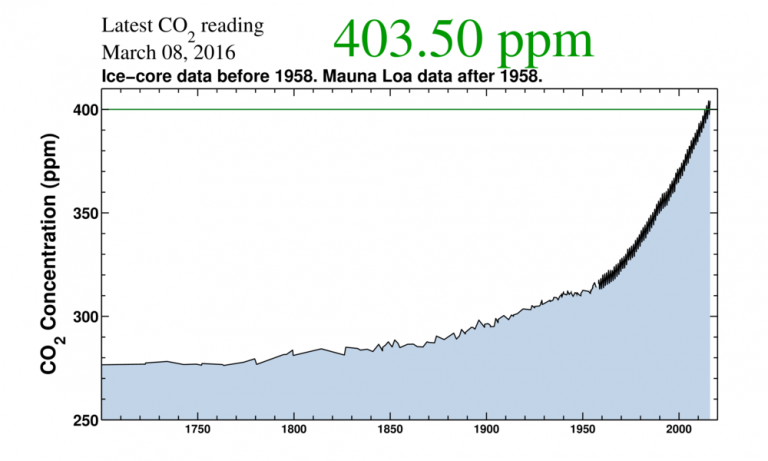