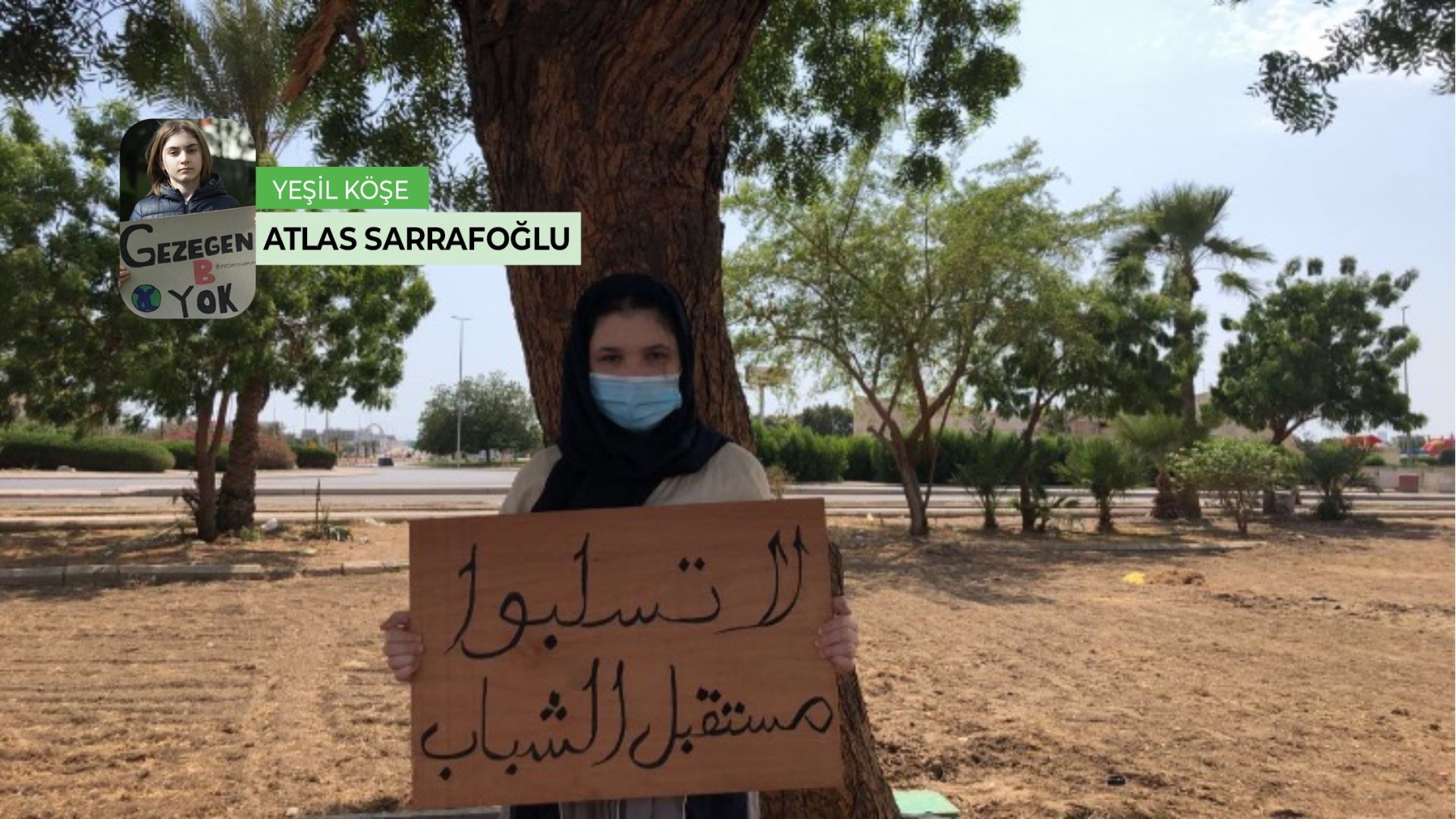 Samia Makki is an 18 year old climate activist from Saudi Arabia. She’s been striking for 18 weeks and she recently founded the Saudi Youth Movement for Climate and Environment which is known as SYMCES.

I’d like to recite a Quranic verse forewarning the manmade corruption stationed on all natural lands: “Corruption has appeared on land and sea, because of what people’s hands have earned, to make them taste some of what they have done, so they may return” the Romans, verse 41. – Samia Makki

‘Everything we hold dear to is endangered’

Atlas: What is the inspiration for your climate actions? How do you perform your activism? Why did you become a climate activist?

Samia: My interest in environmental sciences led me to discover the global issues we find ourselves facing today, and my appreciation of our planet’s beauty and wonders obligated me to inform on the issues threatening it’s well being and fight for a rightful system.

Being a member of the climate action movement provided me with a social window to communicate issues affecting my country with the world. I think its what should be expected of any reasonable human being when they’re told their house is on fire and everything they hold dear to them is endangered. From a biological point of view, how I’m reacting is basic instinct. 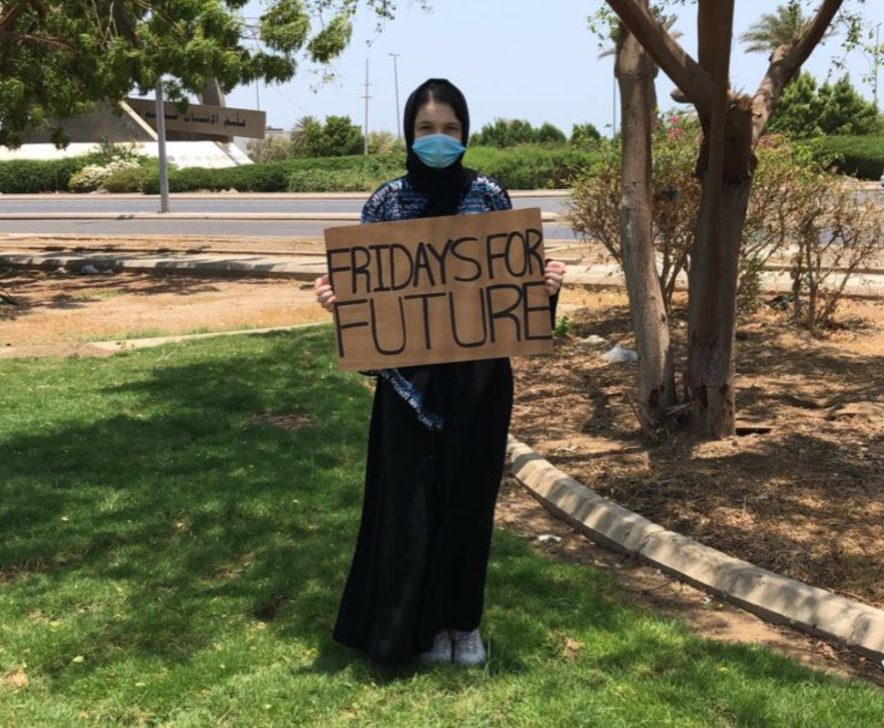 What are the affects of climate crisis you feel in your country?

The later has been an escalating problem with the additional electrical demand generated by burning crude oil, that not only created air pollution but also gave rise to temperature levels as a result of the urban island heat effect.

As Saudi climate activists, what are your demands from your government/politicians?

Our government’s efforts in shifting towards renewables, and establishing damage reduction projects like the afforestation of urban cities have made a clear statement on where we stand on the climate crisis. But that simply won’t be enough, we need to limit natural resource prospection, put a stop to urban sprawling, and to call for action on issues that pose an ecological and economic threat.

How does your government act on climate issues?

Unfortunately, the government’s constant reservation of the environment is met with careless littering and destruction from the public. Freshly moweed parks turn to wastelands over weekends, clean beaches look like a war site the morning after any social event, barrels of methane producing meet line the outside building following a wedding celebration.

By the time we come up with green alternatives, oceans and landsites will have been far sunk with plastic wraps and light bulbs. These issues that can be easily resolved with little planning, can have a cumulative affect on the environment and climate. 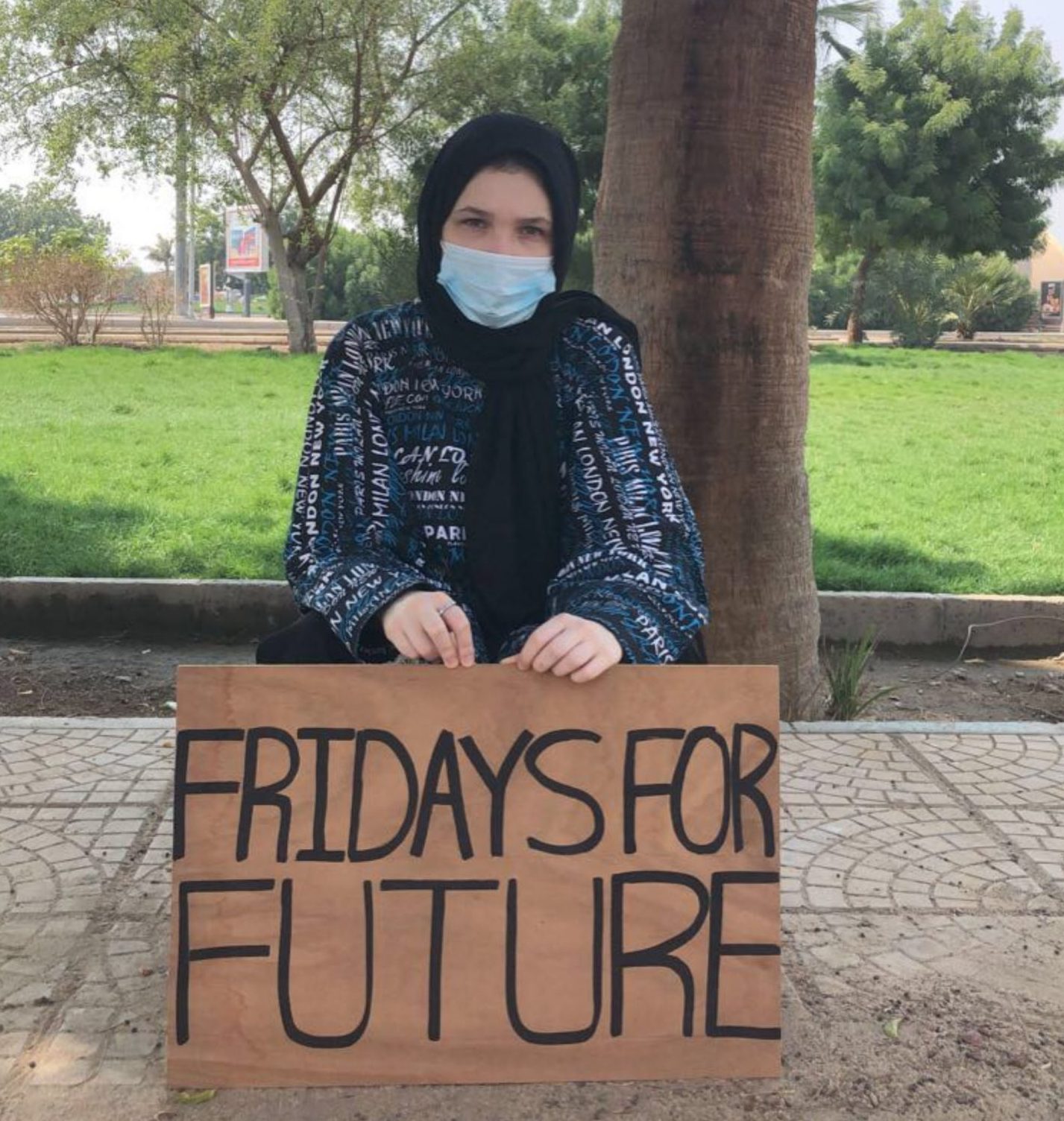 ‘Why do we stand still?’

If you had a platform to address the world politicians, what would you tell them?

The solutions needed to fight climate change are readily available, we have the resources to rebuild a greener world. why do we stand still? How do we find ourselves entangled in political and logistical transactions  while entire ecosystems collapse, nations starve to death, wildlife undergoes mass extinctions, and deadly heat waves wipe out hundreds in South Africa on which data reporting is finite. We continue to aspire for and build towards an unjust economic systems that will only support the rich and leave out the poor to drown in floods.

How and where do you envision yourself and the world in 2030?

We’re at a crossroad with greed, humanity can either outmaneuver the challenge of giving up the comfortable yet crucially devastating current world, or be suffocated by the fruits/results/consequences of environmental tyranny and materialism. I’m rooting for the first.

What do you think would be the best plan to reverse the climate crisis?

From a local perspective, we can equip societies with a compatible environment as they transition to a net zero lifestyle. Afforestation, bicycle lines, reusable produce packages are basic examples to promote.

An adoption of climate education in schooling systems can help inform the youth on the issues that jeopardize their future, as well as generating innovation amongst scholars to help create the solutions needed to reverse the climate crisis.