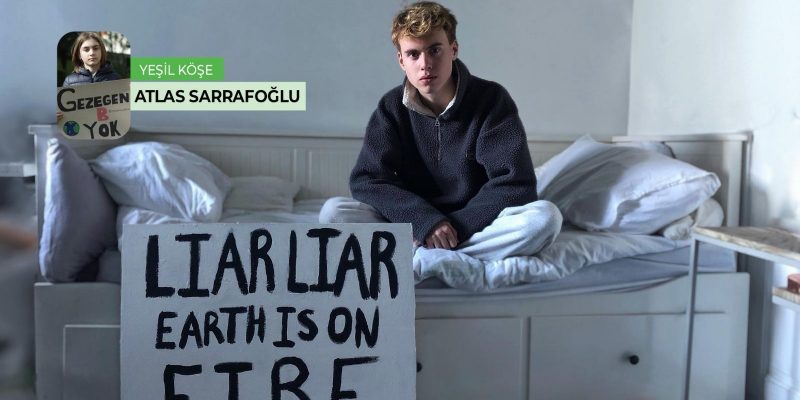 Elijah McKenzie-Jackson is a 16-year-old  climate activist involved from London in the Fridays For Future, UKSCN and Extinction Rebellion movements. Elijah, a climate activist since February 2019, was one of four climate activists who chose to stay for another 90 minutes after the officials asked them to leave during the Heathrow strikes.

Elijah also went on a hunger strike in front of the parliament building against the West Cumbria coal mine. He went to the Amazonia region, spent time with the indigenous people and wrote his observations for us where he told his Amazonia story. Elijah and I were at the Summer Meeting in Lausanne exactly a year ago.

Atlas: How did you start climate striking? What is your inspiration?

Elijah: My first climate strike was in central London on the 15 th February 2019. Before that when I was younger, instead of going outside to play sport, I would be at home or at my local library reading and learning about the world we were living in. I had to take my education into my own hands and do my own research because of the lack of awareness and teaching of the climate crisis in schools across the UK. As I started to read more and widen my knowledge on the environmental emergency we are living in, it became very apparent that this issues is the most complex issue humanity has ever faced and that I was only seeing the tip of the iceberg. This lead to me feeling very frustrated, overwhelmed and angry.

I could not understand how and why we got into this mess and why nothing was being done to reverse the damage humankind had caused to the living world. When the climate strikes started, I realised I could use my pent up energy for good. My frustrations turned into action. I don’t think a single person was my inspiration, what inspired me was seeing so many young people who shared my feeling acting. That is still what inspires me every single day to carry on fighting for the climate crisis. 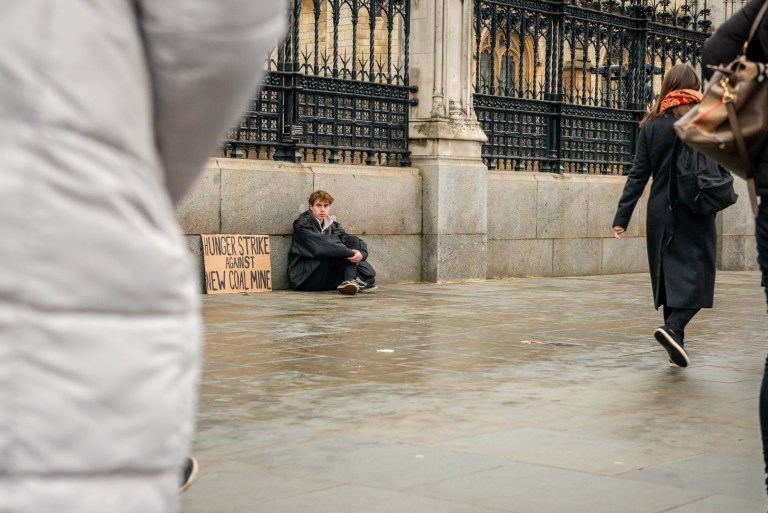 ‘Activism helped me to know my place in life’

How is climate striking effecting your life? What kind of changes happened since?

Becoming an activist and climate striking has impacted my life considerably. I have had to grow up very quickly and skipped my years where I am allowed to make mistakes and be a wild teenager; I sometimes look back on my life and miss the days where I could just chill with my friends with no burdens or worries on my mind…

However, I have learned unique skills and have experienced special moments I wouldn’t have if I was not a climate activist. The developed international community of brilliant young strikers are now one of my main support systems and have become of some closest friends. I now know my place in life.

‘The impact of the crisis on people is not considered’

You were among the few activists to hold climate conference deep in the Amazon rainforest last year. Please tell us why you went there and what happened all that time.

Slowly learning about environmental injustices, I realised that the climate crisis impacts human life as well as ecosystems. When people think of the climate crisis they don’t think of human impact occurring in the present day; however marginalised communities in the global south are currently dying defending natural lands or by direct climate impacts like floods and hurricanes.

By going to the Amazon I wanted to raise awareness of this whilst weaving the narrative of the climate crisis and human right emergencies. Something which is very important as climate activist from Europe is to recognise that I am in a privileged position to not be directly affected by the climate crisis, going to the Amazon was important for me to amplify the voices which are silenced in the media who are currently effected. 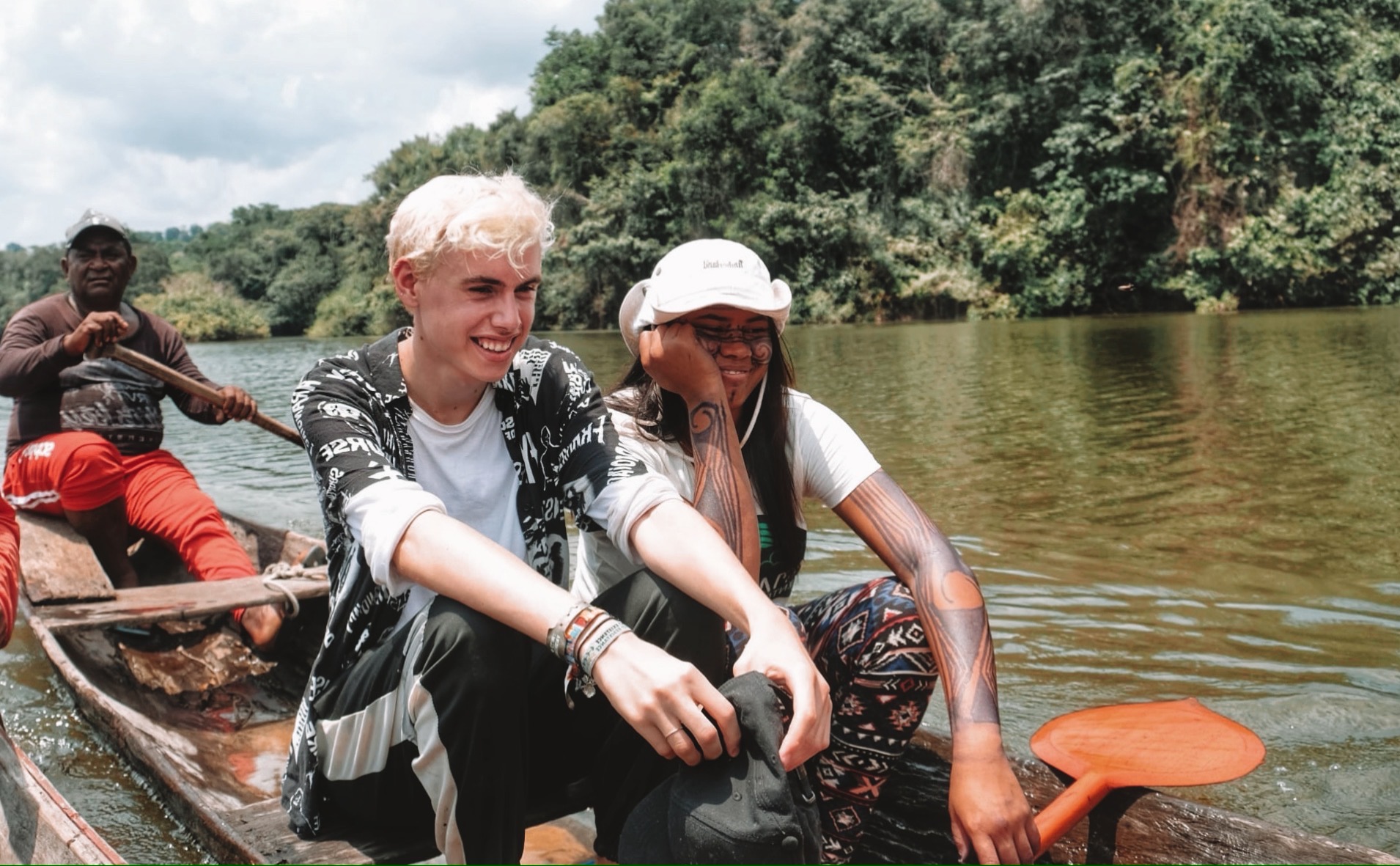 ‘Hunger strike was my last option’

You have been very active with climate and environmental protests like HS2 and BLM in the last year. You even have ten-day hunger strike in front of the London Parliament against the first deep coal mine. What made you go on a hunger strike and how did you manage it? 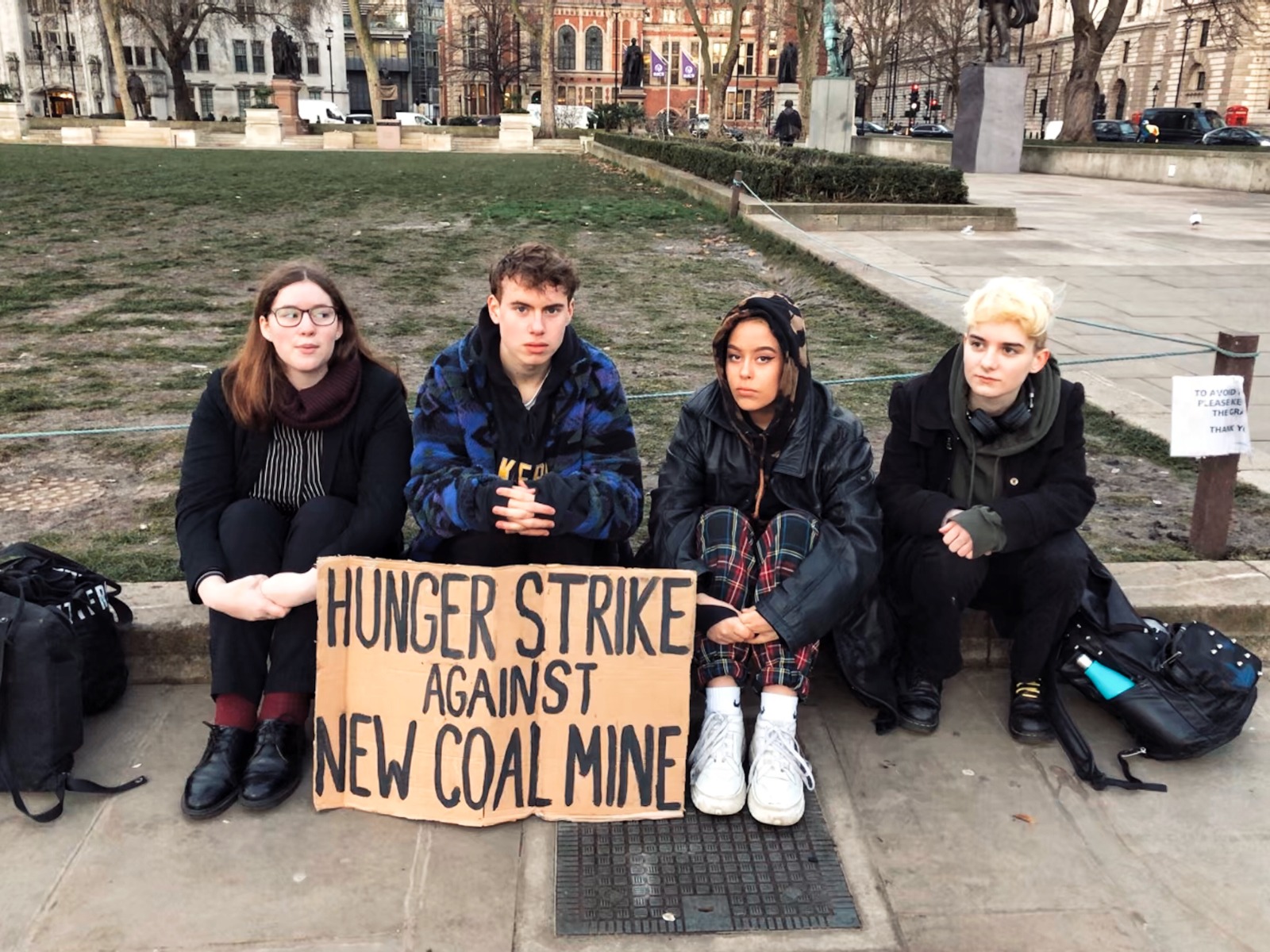 What do you think about the Covid-19 pandemic and Climate crisis in relation with each other? How do you think the transition should be?

Firstly, I would like to point out that the coronavirus has been a terrible tragedy. However this pandemic has proven that with urgent systematic change plus individual action, crises can be dealt with appropriately. Even though the climate crisis does not seem as much of an immediate threat in comparison to the pandemic to the western world, we must recognise that the global south and marginalised communities are currently facing human-made climate impact. Although people may see air pollution levels lowered and clearer waters, this does not mean that the climate crisis has stopped. This is only a temporary halt of emissions due to lifestyle change. If we go back to life as normal, the emissions levels will rise again, carrying on again the path of climate destruction.

How are you coping with school alongside with climate activism? How do you ground yourself?

I believe the key to change is through external pressure on the people in power and through education. This is why it is very important to not only focus on activism but also on my school work. Of course it is very difficult at times to distribute my time evenly between both, however scheduling and planning is something I find very important to prevent burnout. When I’m at school I focus on my schoolwork and when I’m at home I focus on activism. Compartmentalisation is crucial to success in both fields. 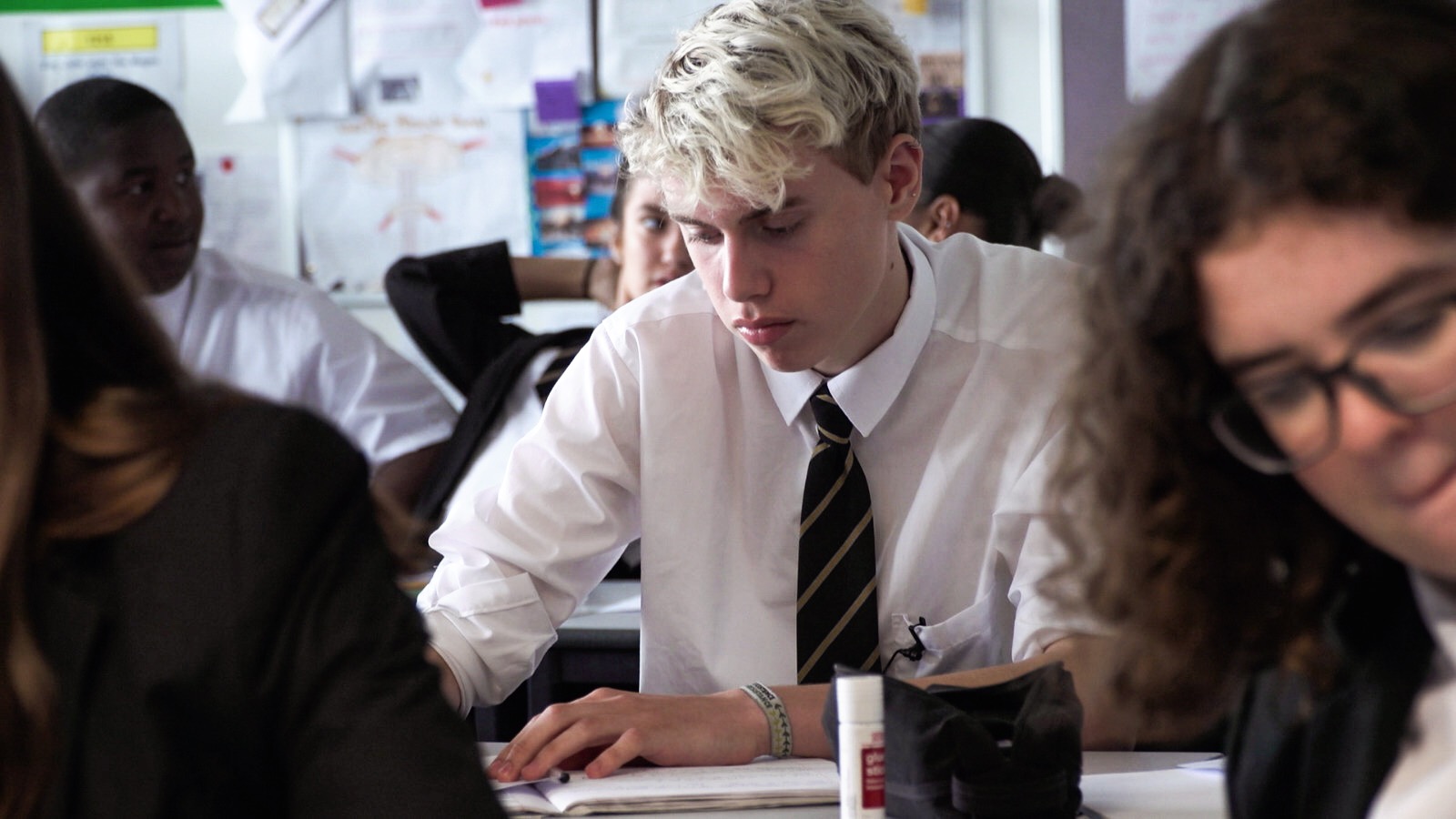 What do you think the future holds for us? Do you think we will be able to tackle this crisis?

There’s no other option but to tackle the climate crisis head on. It is life or death. We will not stop until action is taken. I cannot predict the future, however, knowing this generation’s wisdom, progression, and perseverance – I have faith that the world can still be saved.

‘Activism has widened my perspective on the world’

Do you have anything to say to people in Turkey who want to start climate actions? Any advice or tips you would like to share?

If I were to say one thing to people debating whether to start their activism journey, I would tell them to do it. Activism for myself has taught me so much, and has widened my perspective on the world massively. It is the best decision I have ever made in my life, and I undoubtedly know that the amazing community of activists will welcome you with open arms. Every single person has the power to change the world. The question is, will you take that first step to do so?

Governments throughout the world are not acting like we are in an emergency. They are ignoring the youth of this planet and are denying future generations of the opportunity of living in the earth as we know it. The UK government announced a climate emergency last year on the 1 st of May 2019, yet continue to turn their heads away from available science all pointing towards irreversible climate effects. Politicians are choosing to ignore the scientists and environmental activists, however that is exactly why we carry on striking and applying pressure where needed.

UK Student Climate Network (UKSCN) have developed four demands: 1.) Save the future, this means to implement a Green New Deal to achieve climate justice. 2.) Teach the future, this is to reform the education system to teach young people about the urgency, severity, and scientific basis of the climate emergency. 3.) Tell the future, this is so the governments communicate the severity of the ecological crisis and the  necessity to act now, to the general public. Lastly, 4.) Empower the future, young people must be included in policy making and no one should be excluded from participating in our democracy… everyone living in the UK over the age of 16 must have the right to vote in elections – conducted via proportional representation, so that everyone’s vote is reflected in our government, and is worth the same. 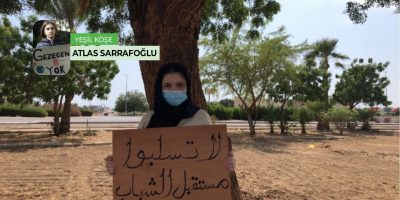 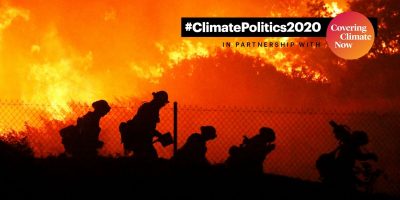