Şahin: Can EU Claim Climate Leadership while Extracting East-Med Gas? As tensions rose this week again off the coast of Cyprus, with Turkish battle ships blockading an Italian ENI drillship surveying for Cyprus, Sabancı Univ. Istanbul Policy Center Senior Fellow and former coc-spokesperson for the Greens of Turkey Ümit Şahin questioned the issue from a climate change perspective. With the latest finds, estimates reserves in Cyprus’ EEZ reach 5-8 tcf. This is a large reserve, and if burnt, its carbon emissions will be 256,600 Gg CO2 equivalent, which corresponds to 300 times Cyprus’ 2015 carbon emissions, as reported by the country to the UNFCCC. A tilt in emissions of such magnitude will not only endanger the Paris Agreement, but a 2° C target as well, as, if the EU’s consumption of natural gas continues to increase in its current trajectory, it alone will account for a 0.6° C temperature rise, according to a 2017 study by the Tyndall Center for Climate Change. The EU should take the Cyprus gas issue as a solid case through which it can show climate leadership.

Stating that we need to keep 80% of fossil reserves in the ground if we are to meet the  1.5° C target, Şahin suggests that Turkey too, instead of laying claims on the fields, should take greater climate commitment responsibility and oppose extraction. Neither should we forget that the pipelines Turkey is building and plans to build contribute to climate change. The way to break the carbon lock-in does not go through increasing and easing access to these reserves. “Such disregard for the facts of climate change shows that these states and politicians accept no responsibility towards people affected by climate disasters and future generations. This is very sad,” Şahin said.

Locals Stand-Up for Trees, Water and the Law: Hundreds of citizens in Çanakkale gathered at the city square on the 21st of February to protest against the gold mine expansion project by Alamos Gold and its local partner Doğu Biga Madencilik proceeding with cutting down trees despite the Council of State overruling  a prior local court decision in favour of the company. The gold mine expansion also endangers the water safety at Atikhisar Dam, the city’s sole source of drinking water. Mayor Ülgür Gökhan, as well as many local NGOs and professional associations joined. 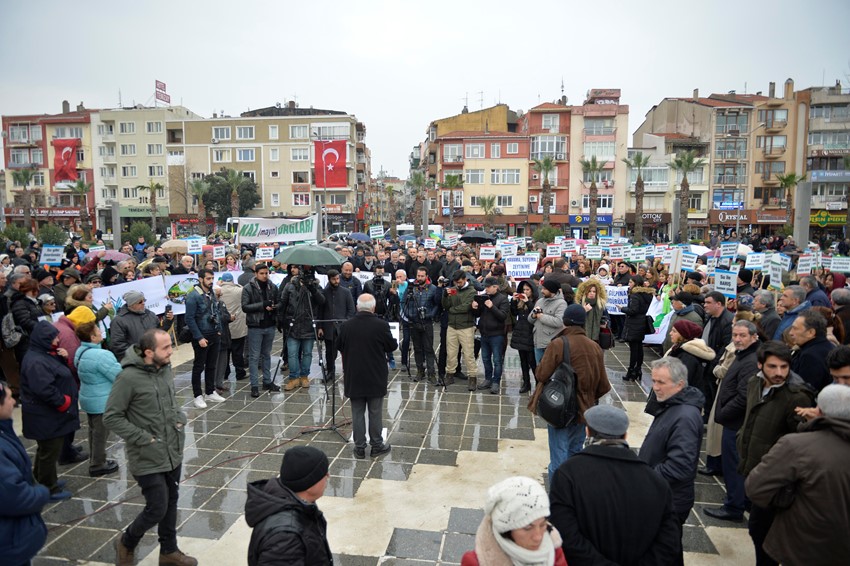 Anti-Mining Struggle in Artvin Marks Second Year:  The local resistance against the proposed gold mine in the Cerattepe hill atop the small pristine Black Sea city of Artvin entered its second year. Activists looking back at where they are now reflected on finding out that the local party chairperson for the Republican People’s Party (CHP), which was an important part of the resistance, was also selling concrete for the construction of the mine. He was forced to resign but this was a blow to the struggle, used well by the mining company. Meanwhile, construction workers for the mine galleries are on strike, asking for a pay rise. Activists liken the conditions in the city to marshal law. 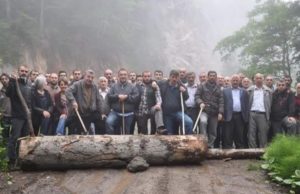 Year-late Answer to Environmental Health Question in Parliament: The Ministry of Energy finally answered a 10 point question asked by Ali Şeker, MP for Istanbul regarding the powership Doğan Bey, which anchored at the city early last May to provide power to an underground rail line. The question covered the ship’s environmental, health hazards and economics. The answer, coming ten months after the question was tabled, is in long-form and is two sentences: “[Utilities] are taking precautions with mobile power plants to provide power security in case of national or regional emergencies. Such facilities will be operated in line with permits and regulations, including environmental ones.” Parliamentary questions in Turkey have to be answered within 15 days, with a short extension if a reminder note had to be sent.

Deathstock Ship Docks amid Protests: The ship NADA, carrying 25 thousand individuals of cattle from Brazil to Turkey and the conditions on which Brazilian activists tried to litigate against, docked in Mersin after 17 days at sea. The animals are to be sold as cheap meat. Activist and journalist Zülal Kalkandelen reminded that 975 thousand live animals are to be imported to Turkey this year and called for a ban on live animal trade. Animal rights activists protested infront of the importing firm Göktaşlar Et on Sunday, the 25th of February.

Internet Broadcast Regulation Bill Proceeds through Committee: A contentious proposed law granting Turkey’s Radio and Television Supreme Council (RTÜK) the authority to regulate every kind of visual and sound broadcast through the internet passed the Planning and Budget Committee of Parliament this week.  According to the bill, licenses will be required in order to stream internet broadcasts and RTÜK will be able to prevent broadcasts, opening up questions of censorship. This concerns social media based alternative news broadcasters as well as services such as Netflix and Youtube. The proposed law is objected to by the CHP and the Peoples Democratic Party (HDP) in Parliament. 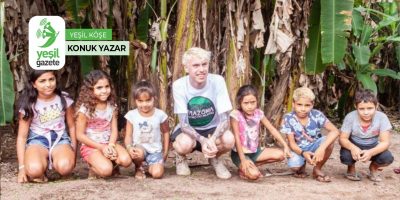 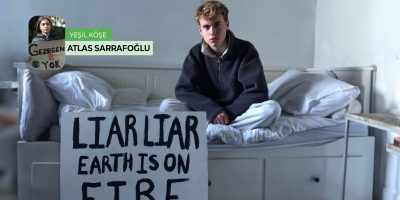